A Personal Story Illustrates a Key Principle: It’s Not What You’re Selling; It’s What I’m Buying

In 1990, my father died suddenly of cancer. We discovered he was sick, and then he was dead six weeks later. He died in Michigan, before I could get there.

I arrived in East Lansing a few hours after his death. That afternoon, I phoned Michigan State University (MSU) and set up a scholarship fund for travel in a French-speaking country. The fund was named for my father, Georges Jules Joyaux. He had not been dead ten hours.

Within a few weeks of my father’s death, I received solicitation letters from the national and local cancer societies. Timely and appropriate letters. Good fundraising efforts triggered by my father’s death.

And I threw each of those letters away. Why?

Too soon? No. Too impersonal? No—although a personal call probably would have generated a nominal, one-time gift from me. On paper, I looked like a prospect. But as it happened, I wasn’t. The cancer societies sold certain worthwhile things. But my interests were elsewhere.

They were selling freedom from pain, health, a cure for cancer so others would not suffer as had my father and family. They were selling protection so I might not die from this dreaded disease, protection for my husband, mother, my brothers and sisters, and my friends.

But what was I buying?

Not health. I rarely give to health organizations. Certainly, I want everyone to be healthy, myself and loved ones included. But I’m not buying health.

Not freedom from cancer. I am sorry my father died from cancer. It was ugly, as so much of death is. But I’m not buying an end to cancer.

What did I buy that afternoon when I called MSU from the living room of my parents’ home?

My French heritage. Love and respect for different cultures, as taught by my father. Joy of travel to other countries. Commitment to education, as I looked at all of the teachers in our family. A warmth toward MSU. My father came to the university as a young man from war-torn France. There, he met my mother and taught for 41 years. All six of us kids went to school there. Love and admiration for my father, his vision of a world where pluralism is honored, his wit and sarcasm, his intelligence and eloquence, his strengths and weaknesses, his love for teaching and his students.

Cancer took him. But it did not define him.

So, my mother and the six Joyaux kids set up a scholarship fund in Georges’ name. Each year, an MSU student receives funds to study in a French-speaking country. The country doesn’t have to be France, only French-speaking. An academic curriculum isn’t necessary; traveling and experiencing are what count. My father always reminded everyone: “The most important thing is to step out of your linguistic ghetto and become aware that there are people who live, eat, learn, and make love in a medium which is not English.”

It amuses me to think of Georges’ reaction to his fund. He would laugh and make a smart remark. But he would remember the students. I think he would be pleased.

With the scholarship, the students receive a description of my father and what he accomplished in his lifetime. I trust they read it.

I tell this story around the country when I teach and consult. I ask people what they think the cancer society is selling. People are so gracious. They use polite words and euphemisms. It takes a while before anyone gets to the nitty-gritty: protection from death—better yet, protecting me personally and others that I care about from dying.

People are just as gracious when they talk about what I’m buying. They always emphasize the honoring of my heritage, my father, and his beliefs. Sure, that’s a part of it. But then I laugh. Irreverently, I proclaim, “Just honoring my father and my heritage? I bought a house in France, and that’s sure not for my dead father! This gift is about me and my interests. I love France, and I’m committed to pluralism.”

You have to look deep. Get down to the essential, not just the surface 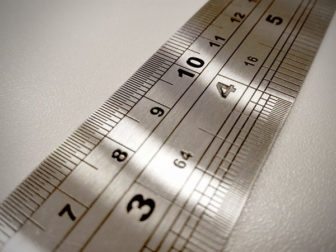