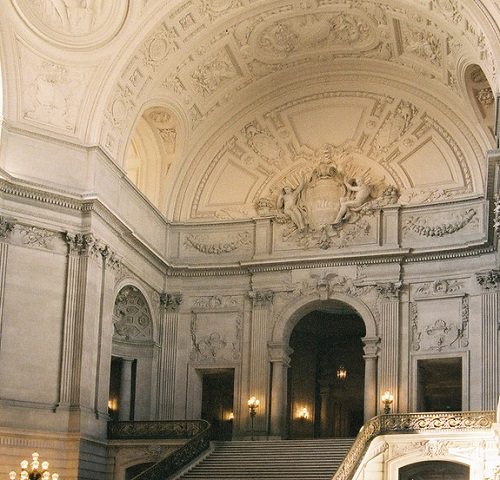 Those of us who were terribly saddened by the news of the passing of Pete Seeger at the age of 94 have many different reasons for our lifelong admiration of ol’ Pete (as he sometimes signed his letters). Seeger’s courage protecting this nation’s freedom of speech and freedom of conscience should resonate even today throughout the nonprofit sector. His courage was demonstrated in his testimony before the infamous House Un-American Activities Committee on August 18, 1955. Some excerpts make the case for Seeger:

Frank S. Tavenner, Jr., Counsel to the Committee: The Committee has information obtained in part from the Daily Worker indicating that, over a period of time, especially since December of 1945, you took part in numerous entertainment features. I have before me a photostatic copy of the June 20, 1947, issue of the Daily Worker. In a column entitled “What’s On” appears this advertisement: “Tonight—Bronx, hear Peter Seeger and his guitar, at Allerton Section housewarming.” May I ask you whether or not the Allerton Section was a section of the Communist Party?

Seeger: Sir, I refuse to answer that question whether it was a quote from the New York Times or the Vegetarian Journal.

Seeger: I am not going to answer any questions as to my association, my philosophical or religious beliefs or my political beliefs, or how I voted in any election, or any of these private affairs. I think these are very improper questions for any American to be asked, especially under such compulsion as this. I would be very glad to tell you my life if you want to hear of it.

Seeger: I feel that in my whole life I have never done anything of any conspiratorial nature and I resent very much and very deeply the implication of being called before this Committee that in some way because my opinions may be different from yours, or yours, Mr. (Congressman Edwin E.) Willis, or yours, Mr. (Congressman Gordon H.) Scherer, that I am any less of an American than anybody else. I love my country very deeply, sir.

Seeger: I feel that my whole life is a contribution. That is why I would like to tell you about it.

Walter: I don’t want to hear about it.

Seeger: The answer I gave you you have, don’t you? That is, that I am proud that I have sung for Americans of every political persuasion, and I have never refused to sing for anybody because I disagreed with their political opinion, and I am proud of the fact that my songs seem to cut across and find perhaps a unifying thing, basic humanity, and that is why I would love to be able to tell you about these songs, because I feel that you would agree with me more, sir. I know many beautiful songs from your home county, Carbon, and Monroe, and I hitchhiked through there and stayed in the homes of miners.

Tavenner: I hand you a photograph which was taken of the May Day parade in New York City in 1952, which shows the front rank of a group of individuals, and one is in a uniform with military cap and insignia, and carrying a placard entitled CENSORED. Will you examine it please and state whether or not that is a photograph of you?

Seeger: It is like Jesus Christ when asked by Pontius Pilate, “Are you king of the Jews?”

As the questioning went on, Seeger simply reminded the members of the Committee how silly the interrogation really was, but he did add a fundamental problem with the HUAC line of questioning, concerned about who he sang to and not what he sang about.

Seeger: I can only infer from your lack of interest in my songs that you are actually scared to know what these songs are like, because there is nothing wrong with my songs, sir. …Of course, I would be curious to know what you think of a song like this very great Negro spiritual, “I’m Gonna Lay Down My Sword and Shield, Down by the Riverside.”

Seeger was then sentenced by the committee to a year in jail for contempt, though he fought the judgment until it was overturned—seven years later. During that entire time, Seeger was proud not to have stopped working despite the vilification he was subjected to.

Some of us have families who suffered during this period directly by being dragged through the investigations of HUAC or Senator Joseph McCarthy, and others just because of the paralyzing fear that a word or statement that might have been seen as contravening the dominant anti-communist hysteria would bring ruin on families and careers. It is because of people like Seeger and others that this nation—and the nonprofit sector—enjoy the rights and freedoms that we do today.