A Scoop of Social Responsibility: Ben and Jerry’s the B Corp 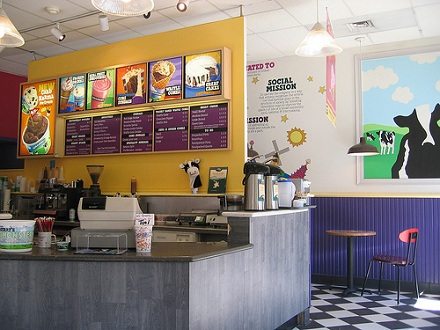 Ice cream company Ben and Jerry’s is the first subsidiary of a publicly traded company to become a certified B corporation. According to the B Lab website, “B Corps are certified by the nonprofit B Lab to meet rigorous standards of social and environmental performance, accountability, and transparency.” Founded in 1978, Ben and Jerry’s is considered a pioneer in the socially responsible businesses movement in the United States. But in 2000, when Unilever acquired the business, some had concerns that Ben and Jerry’s might struggle to maintain its socially responsible values.

However, with the support of Unilever (which consistently ranks high on the Dow Jones Sustainability Indexes), the independent board of directors and leadership at Ben and Jerry’s worked to get the B corporation certification. Ben and Jerry’s “change[ed] its charter to say that founders or the board can consider the community, employees, and social impact as well as shareholder profit when making a business decision.” The Ben and Jerry’s B Lab impact report is available on the B Lab website.

B Lab boasts that it has certified 643 B corporations, bringing in $4.2 billion in revenues and reaching 60 industries in 15 countries. It is worth noting that B corporation certification doesn’t provide any legal protection against shareholders. Nonetheless, B corporation legislation has been passed in 11 states, according to B Lab. In addition, note that benefit corporations are legal entities that create a general benefit for society and their shareholders and that these entities are different from certified B Corporations. More information on the difference between these two often-confused entities can be found here.

Jay Coen Gilbert, co-founder of B Lab, said, “It’s awesome to have Ben and Jerry’s join a movement that they inspired.” The movement, of course, that he is referring to is social enterprise attached to businesses—companies like Tom’s Shoes, Better World Books, and Method that are realizing that it makes good business sense for them to make money and “do good” by branding themselves as a certified B corporation. –Heather Carpenter