A Serious Solution to Save American Philanthropy 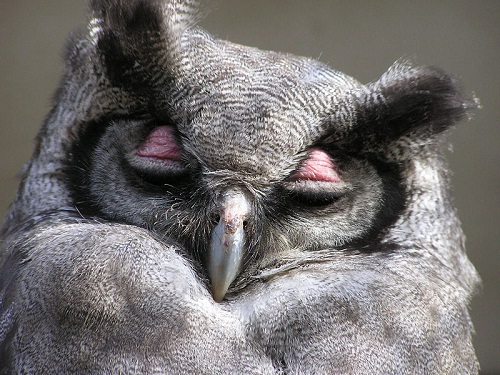 From his Foundations-on-the-Hill Day testimony, as presented to Congressman Edward “Sleepy” Dormir (I-CA)…

Thank you, Congressman Dormir, for the opportunity to address you today. I’ve come here to present a solution to the confusion and negative feelings surrounding foundations—a solution that will save the American taxpayers $50 to $60 billion a year, allow nonprofit foundations the same rights and freedoms as Citizens United and all other corporations and, best of all, increase contributions to charity.

Let’s take that last one first. Ever since the 1960s, the top tax bracket has been dropping like a rock, from 90 percent to 70 percent, to 50 percent, all the way down to 39 percent. Every time the top bracket goes down—and I know you are going to find this counterintuitive, Congressman—charitable giving goes up. As Casey Stengel said, “You could look it up.” So the thing that is supposed to stimulate giving may actually be doing the reverse, partly because of the skepticism and derision heaped upon us by people who think we are “only doing it for tax purposes.”

People don’t like us very much, Congressman, and with all due respect, I’m going to have to lump you into that group. You make us wait up to six months just to get a foundation started, you charge us a fee to get going, and you tax us. It’s not a big tax, I’ll admit, but figuring out every quarter how much we owe costs us more than we pay. Why tax foundations? You don’t tax universities.

You also don’t allow us to lobby. You won’t let us contribute to our favorite political candidates, you toss Byzantine rules about self-dealing at us willy-nilly, you force us to give away five percent of our assets every year whether we have a good year or a bad one, and you impose intermediate sanctions (which feel pretty full to us) on our salaries. Want to impose some sanctions, Congressman? LeBron James makes more in a week than the president of the Ford Foundation makes in a year. But who gets investigated?

Foundations are corporations, Congressman, but we are second-class corporations under the thumb of Congress because of the supposed benefits of a charitable tax deduction that we really don’t want and certainly don’t need. So here’s the deal: Get rid of all your restrictions, taxes, and rules and we’ll give up the charitable tax deduction. Everybody wins, gifts to foundations aren’t affected, and American taxpayers save 60 billion bucks…

[aside] Say what? Really? Way cool.

Um, Congressman, I have just been informed that we can create donor-advised funds instead of foundations, set them up in a matter of hours rather than months, pay no fees or taxes, ignore any payout provisions, and avoid all the regulations, restrictions, and reporting requirements that currently hound private foundations. Shoot, no wonder the Fidelity Charitable Gift Fund is now the second-largest nonprofit organization in the United States.

So never mind, Sleepy. Have a nice day.

Jack Shakely is president emeritus of the California Community Foundation in Los Angeles and a senior fellow at the Center for Philanthropy and Public Policy at the University of Southern California. He is also the Gold Medal winner of the 2009 IPPY Book of the Year Award in Historical/Military Fiction.