A “Shark Tank” Competition for Nonprofits Emerges in Boston 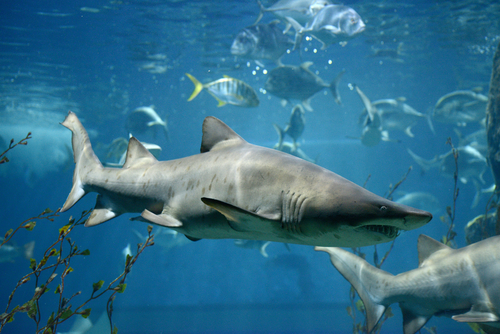 In Boston, venture capitalist Todd Dagres says he is organizing a Shark Tank-style competition for early-stage not-for-profit organizations. He says he has recruited a number of other big-name executives to join him and they would, much like the Sharks of ABC television, advise the organizations in which they invest. Dagres says he plans to invest up to $100,000. Among the other confirmed investors are Bob Davis, a general partner at Highland Capital Partners; Paul Sagan, an executive-in-residence at General Catalyst Partners; and Patrick Lyons of the Lyons Group.

The idea is neither entirely new or without its critics, but one interesting twist is one aspect of Dagres’s motivations. He says he is concerned about the larger “category-killer” charities that are “sucking up so much attention and so much money that they’re making it difficult for other emerging nonprofits to get your attention and your money.” He is also concerned about charity events that end up costing more than they return to the nonprofit. All good observations.

In fact, Dagres does not plan to give up his more traditional giving; he serves on the President’s Advisory Board at Brigham and Women’s Hospital and on the Boston Children’s Hospital Trust Board, but he is uncomfortable with what he sees as his minimal impact there. “I’m a mouse at the Brigham; I’m a gnat at Children’s,” he says. “I feel good about my contributions there, and it goes to awesome causes, but it’s minor compared to the amount of money those places raise.”

On the other hand, Dagres knows that although he has a strong background as a venture capitalist, it may not translate to the world of nonprofits. Nevertheless, he plans to hold the first competition this fall, and he says that his Shark Tank might permit audience members to also make donations, boosting the funding pool.

Kirstan Barnett, the founder of SheGives, says that she thinks the competition should not be limited to startups. Barnett, a partner at the Boston hedge fund Bracebridge Capital, says, “There are a lot of incredibly effective, high-impact, hard-working nonprofits that are small but might not fall within the category of ‘startup’ and could really use an influx of cash.”

In the end, it sounds like, in great Boston tradition, Todd will be Todd, but we wish him a hearty appetite for honing his concept.—Ruth McCambridge

A Fascinating Resource for Fans of Nonprofit Organizational...

Immigrant Legal Aid at Risk as Nonprofits Bend under Cuts...