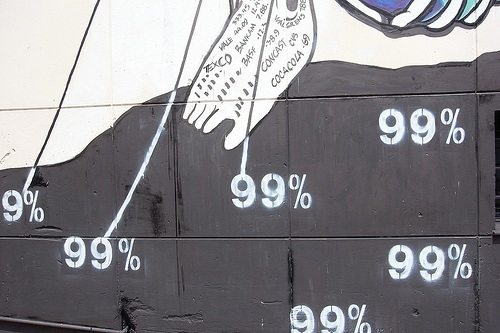 NPQ has been watching the WonkBlog at the Washington Post and its coverage of economic issues, so here is the big takeaway from the chart below done by Emmanuel Saez at the University of California, Berkeley, and the Paris School of Economics’ Thomas Piketty. It shows at a glance how the wealth gap has widened over the past 20 years.

And, by the way, a greater portion of the losses in the last recession were borne by the richest 1% than in the latest. 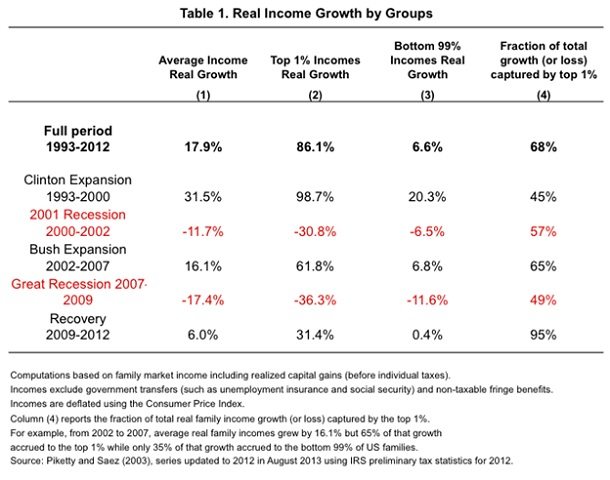