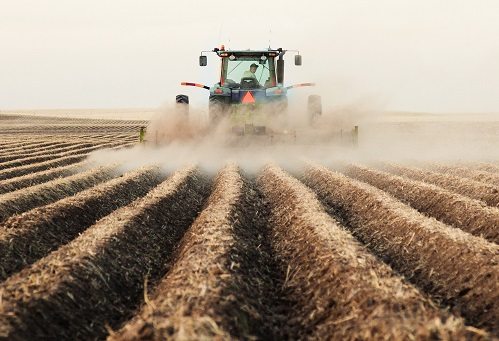 Nonprofits on the politically “progressive” side of the political ledger have a lot of Dicksensian issues in the economy to grouse about that are escaping the kind of legislation they think ought to be enacted.

Yesterday, despite the president’s State of the Union plea for Congress to extend long-term unemployment benefits, the Senate fell short by one vote. All Democrats and both independents supported the extension, and they were joined by four Republicans (Ayotte of NH, Heller of NV, Collins of ME, and Murkowski of AK), but that wasn’t enough to get to the 60-vote threshold. It wouldn’t have been much of an extension, only three months, but even that couldn’t pass muster with the Republican opposition.

Some Republicans view the availability of long-term unemployment benefits as a disincentive to finding a job, though others think that benefits of a couple of hundred dollars a week aren’t really large enough to work in that manner. “The real reason the [Republican] political leaders in the Senate want to stop unemployment benefits is they believe unemployed people are lazy,” said Majority Whip Dick Durbin (D-IL), clearly one who doesn’t buy the disincentive theory. “They ought to get out of Washington and back to their states and meet with some of these unemployed people.”

Even if the bill were to make it through the Senate, long-term unemployment benefits are in all likelihood DOA in the House of Representatives, especially if Democrats and Republicans can’t agree on whether or how to pay for them. The longer that the impasse exists, the harder it will be to get Congress to reinstate the benefits that expired in December.

Both houses did, however, come together this week on another piece of legislation, the long-awaited and much-delayed Farm Bill. The Senate passed the Farm Bill by a vote of 68 to 32, tighter than the margin it got in the House of Representatives. Although the bill eliminated some direct payment subsidies to farmers, it substituted a program of risk insurance that guaranteed some categories of farmers that their revenues would never fall below 86 percent of where they were during years of high crop prices, regardless of the wealth of the farmers in question. The result, according to the Washington Post, is a bill “larded with subsidies for agribusiness“ that the president nonetheless said he would quickly sign, despite his own argument last year that “the value of both crop and livestock production at all-time highs, income support payments based upon historical levels of production can no longer be justified.”

Political progressives, however, are troubled by the Farm Bill’s $8.7 billion cut in food stamps, which is certainly much less than the $39 billion that the House initially voted to support, but higher than the Senate’s initial offer of a $4 billion cut, and achieved largely through a change in the mechanism by which home heating costs were factored into food stamp eligibility. Democracy Now! reports that the Senate bill means that 850,000 recipients of Supplemental Nutrition Assistance Program (SNAP) benefits will lose the equivalent of $90 a month in food stamps. Some critics noted that these food stamp cuts (based, presumably, on the change in the home heating calculation) will be concentrated in 16 states and the District of Columbia, of which all but one voted for President Obama’s reelection in 2012.

“The Republicans have cut food stamps for the poor—only in Democratic states…The Food Supplement Program is limited to the needy. Neediness is calculated based on family income. Income is calculated after subtracting deductions. One of those deductions is the ‘Full Standard Utility Allowance,’ or FSUA, which is $644. Families who receive Low-Income Heating Assistance Program (LIHEAP) payments are automatically eligible to take the FSUA deduction. That reduces their income, and makes them more likely to qualify for food stamps…The sole GOP food stamp cut was a change in the qualification rules to prevent LIHEAP recipients from automatically qualifying for the FSUA deduction”

Some critics have charged that the home heating calculation was a subterfuge by which states were getting more people onto the food stamp rolls, but others saw it as a mechanism of getting food assistance to people who needed it and were poor, even if they weren’t poor enough to make it into the food stamp program on income alone.

The progressive take on the legislation is best summarized by this headline on Lee Fang’s article from The Nation: “Farm Bill Cuts $8 Billion in Food Stamps, Preserves Handouts to Koch Industries.” Neil Sroka, the communications director of Democracy for America, the political organization founded by former Democratic presidential candidate Howard Dean, concluded in an e-mail communication, “If the President were truly serious about confronting the growing crisis of income inequality, he’d veto this bill and push for Congress to cut corporate subsidies, not food stamps—but Progressives aren’t holding our breath.”

Going into 2014, these three legislative brouhahas constitute a negative trifecta for political progressives and the nonprofits who advocated an extension of long-term unemployment benefits, the protection of food stamps from cuts, and the enactment of comprehensive immigration reform. The last session of Congress was one of legislative torpor. Leading up to the midterm elections, there doesn’t seem to be much that’s positive on the congressional horizon for progressives other than to step up their grassroots organizing, because it isn’t happening for them inside the Beltway.—Rick Cohen