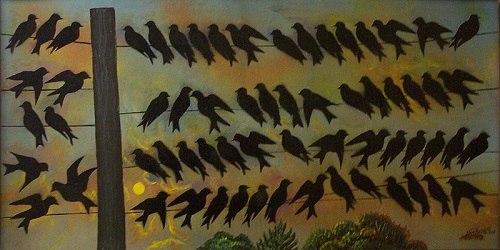 By Beercp (Own work) [Public domain], via Wikimedia Commons

Will President Obama’s “Poverty Summit” last week lead to anything substantive? Given the lack of connection between Congressional Democrats and Republicans on social policy issues, it is hard to imagine much political movement. However, signals in the responses of nonprofits and foundations from the program may suggest where the philanthropic sector might be inclined to focus. This article looks at tweets that might have implications for all of us on poverty action in the waning years of the Obama administration and potentially the beginning years of the term of President Obama’s successor.

This item noticed by the Ford Foundation is interesting in that it connects to discussions that have been occurring about racism. The report from john powell in the latest issue of Responsive Philanthropy about the implicit bias underlying racially disparate policies and actions reveals how difficult it is to change both behaviors and outcomes related to race. President Obama notably referenced the stereotypical Fox News disparagements of poor people as part of the problem, which is what the press seemed to pick up on, but he actually spoke about much more ingrained attitudes toward the poor that paint a picture of people who are “undeserving.” Our guess is that there will be increased philanthropic attention to undoing the conscious and unconscious attitudes of Americans—and perhaps American politicians—that relegate poor people to characterizations that they don’t want jobs, don’t want to improve their lives, and are simply interested in mooching off the dole.

Conservatives have done pretty poorly in the realm of showing much caring for the poor. When President Obama slapped Fox News, he was targeting the nation’s most vocal promoter of policies that view the poor as largely unworthy of government assistance. In contrast to President Bush’s idea of compassionate conservatism, conservatives in the Tea Party–era have shown little compassion toward the poor. That isn’t going to float. Arthur Brooks of the American Enterprise Institute has been promoting a very different approach, at least conceptually, for conservatives to adopt.

“To be sure, many of our poor neighbors lead happy, upright lives full of faith, family, community, and fulfilling work. But to deny that these are disproportionately missing in poor communities today is to shove aside the facts and sidestep an undeniable if inconvenient truth. Transforming individuals’ characters and communities’ values is simply essential to genuinely help those in need. To say otherwise is to contradict their own testimonials.

“This, not puritanism or bourgeois condescension, is the reason why conservatives must promote and defend the time-tested stores of personal and social meaning. To presume that low-income Americans are somehow unworthy of the same cultural standards to which we hold ourselves and our own families is simple bigotry.”

Our guess is that conservative foundations that say they are concerned about poverty are going to take on the issue of how conservatives themselves talk about and address the needs of their poor neighbors. If they want the anti-poverty proposals of the likes of Representative Paul Ryan to be taken as anything more than camouflage for continuing the privileges of the wealthy, they cannot continue to have themselves seen as mean-spirited punishers.

“The best anti-poverty program is a job” —Obama on the need to build on the progress we’ve made #PovertySummitpic.twitter.com/3bdyr7JbGm 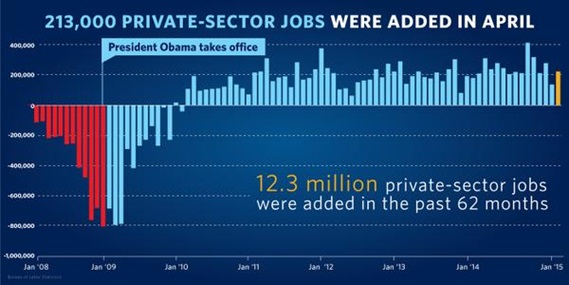 While there are more jobs, they aren’t paying. Wage stagnation for low-wage workers has been horrible for decades. According to the Economic Policy Institute, average wages for low-wage workers declined five percent between 1970 and 2013; for highly paid wage-workers, they increased by 41 percent. A couple of years ago, the president announced his “Better Bargain for the Middle Class” campaign, but the Poverty Summit may finally bring the White House and others a renewed ability to talk about a better bargain for the poor, not just the middle class, and generate policies to reverse what successive administrations seemingly haven’t had the capacity or willingness to address.

‘Churches are an important source of support for kids, but attendance is down, esp. for impoverished kids.’ @RobertDPutnam#PovertySummit

AEI took special note of the observations of Bowling Alone author Robert Putnam, who has made a focus on children something of a new theme for his research and advocacy. In light of research that religiosity in this country is on the decline, what does his statement about churches as a resource for “impoverished children” really mean? The U.S. is among the few nations in the developed world where religion is still strong, particularly as seen in controversies regarding same-sex marriage, women’s reproductive rights, and elements of the educational curriculum foisted on school children, such as teaching creationism as though it were a scientifically legitimate counter to the theory of evolution.

What does it mean that in nations with increasingly secular tendencies, such as the nations of Western Europe, those societies provide more support for children—and for families—than the U.S.? Some might dismiss these points as non-sequiturs, but they shouldn’t: Which two countries in the world do not provide for paid maternal leave? Papua New Guinea and the United States. In a study by the Centers for Disease Control comparing the U.S. to 25 other Western European nations plus Israel, Japan, South Korea, Australia, and New Zealand, which nation had the worst infant mortality rate—that is, the highest proportion of deaths of babies before the age of one per every thousand live births? Sadly, the United States. The OECD report on social indicators comparing the U.S. to other largely developed nations is truly devastating on a number of scores:

These are not indicators of how well religion is taking care of Americans, but how well, or rather, how poorly our nation’s public sector is attending to the needs of its most vulnerable. Despite the attention of Putnam and others at the Poverty Summit to values, including the role of religion, the evidence shows a severely tattered social safety net. Not to denigrate the roles of religious institutions, but what is missing from the U.S. is not religion, but the public sector paying attention to the kinds of social supports that the children of concern to Putnam and all of the participants at the Poverty Summit actually need. It is now axiomatic that the public sector’s social spending is not going to recover from the devastating cuts of the past few years, that past is prologue. It seems that the message of the Poverty Summit on Putnam’s concern is to figure out, for nonprofits, foundations, and religious institutions, how to regenerate this nation’s safety net and spark religion’s support for it so that religion can provide the spiritual sustenance people might need.

Really don’t understand how @Georgetown could plan a #PovertySummit session with THE PRESIDENT and not have a woman on the panel.

For a long time, we have heard that the next big emphasis in philanthropy was going to be a return to the issues of the rights and conditions of women, not simply efforts to boost the potential immediate participants in “Leaning In” opportunities, but addressing the historic relegation of women to socioeconomic conditions significantly worse than those faced by men. Is the absence of women on the centrally important panel of the Poverty Summit a reverse indicator that foundations are going to double down on programs that address the poverty conditions of women here—and hopefully overseas as well?

“There’s a lot we can do. The question is, do we have the political will—the communal will—to do something about it?” —Obama #PovertySummit

President Obama’s point is obvious. There is no silver bullet or shiny penny to be discovered by some entrepreneur that will lead to a miraculous solution to poverty in this country. In forums like this program of President Obama’s, and for years previously, there has been much discussion of “what works” to reduce poverty in the United States. Books like Investing in What Works for America, produced by the Federal Reserve Bank of San Francisco and the Low Income Investment Fund, Sheldon Danziger’s Fighting Poverty: What Works and What Doesn’t, and many books and reports authored or co-authored by Lisbeth Schorr (such as Funding What Works: Exploring the Role of Research on Effective Programs and Practices in Government Decision-Making) show that there is a lot of knowledge about what to do, but as the president intimated, not a lot of political will to do it. While deserving plaudits for finally taking on the issue of poverty head on, the Obama administration itself is often short on the political will side of things, promoting gimmicks like purported social innovations or pay-for-success schemes rather than owning up to the fact that poor people don’t need to be lab rats for so-called social entrepreneurs claiming to have discovered a new Uber-type of solution to poverty, but rather need government to function and do what’s necessary—and what it knows can and does work.

What prevents more women from sinking into poverty? Despite the ideological back-and-forth in Washington, the facts are pretty clear that public social safety net programs help keep many women and children above the federal poverty line: Social Security, the Earned Income Tax Credit (EITC) program, SNAP, unemployment insurance, and Supplemental Security Income (SSI) for low-income people who are elderly or living with disabilities. That lack of national political will, abetted by the negative stereotypes of the poor promulgated by people who ought to know better, makes doing what is right through the social safety net and taking more fundamental steps in restructuring the economy to provide a better platform for economic security so extraordinarily difficult.

If there is a sector in our society that fights against the torpor of cynicism and defeatism, it is the nonprofit sector. Whether the Poverty Summit represented a substantive statement by the outgoing Obama administration or simply became a piece of political theater than typically envelops the Washington D.C. Beltway is in some ways inconsequential. What is important is that nonprofits and foundations take advantage of the opening provided by the White House and put resources not just into the interminable number of studies that document and redocument the poverty we all know exists, but toward the organizing necessary to take action against poverty and change the trajectory of this nation’s treatment of the poor.