A Watchdog’s Guide to ACA Coverage 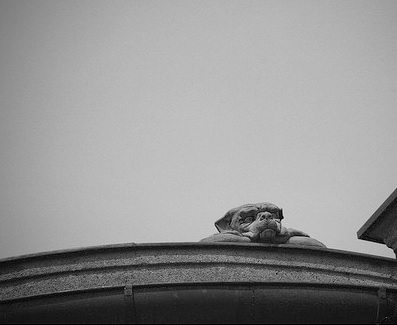 Drew Altman of the Henry Kaiser Family Foundation has an op-ed in a recent issue of Politico to help the public navigate stories about the Affordable Care Act, both those that appear in the mainstream press and on the Internet and those that don’t.

He points out that the ACA story has shifted from beyond the Washington, D.C., Beltway to those states that will be implementing national health insurance reform in different ways, given variations in state health exchanges, expansion of Medicaid coverage, and so much else. Altman suggests that this is a challenge for regional and local news outlets. To us, it is a call to nonprofits around the country to be on-the-ground intelligence, monitoring challenges and variations in ACA implementation.

He warns against stories based on anecdotes. He advises journalists—and implicitly nonprofit observers, too—to use more than one-off examples. He suggests that journalists “do interviews, check with experts, scrape together what early data exist and make judgment calls about whether the anecdote they have is an outlier or representative of broader experience.” The challenge, he notes, is that “powerful anecdotes stick in the public mind in ways statistics never will.” We should all know how difficult it will be for nonprofits and journalists alike to compile reliable stories that go beyond misleading sketches that undermine accurate the public’s understanding of the ACA.

Altman also warns not to get distracted by stories that simply take the public down what we’d call really stupid byways. He references the meme of the “death panels,” which is completely false and has been repeatedly debunked by many news organizations, but is so well stuck in people’s minds that, according to Altman, “40 percent of the American people still believe there are death panels in the ACA.” He intimates—correctly, we think—that the death panel red herring was a story manufactured to manipulate the news, the public, and the political process.

A related issue is the pressure to be “balanced.” In a death-panels story, even though there are no death panels, news outlets would typically feel compelled to quote some nincompoop as a source who’d contend that they existed all the same. In instances when the facts are the facts, verifiable by examining statutes or referring to government reports from the Congressional Research Service or the Government Accounting Office, balancing facts against people who have no facts isn’t balanced news coverage at all.

Altman’s op-ed was directed at the news media, but it applies doubly to nonprofits. In the cacophony of divisive political debates going on in this country right now, nonprofits ought to be thinking of themselves as truth-tellers, honing in on the facts and bringing them to the attention of the public. With tens of millions of people in this country without health insurance coverage, and opponents taking pains to make the ACA unworkable, it’s crucial for nonprofits to get the healthcare facts accurately and thoughtfully in front of the communities they serve.

Consider the understandable panic of so many people about the risks of living without health insurance coverage. Nonprofits know the consequences. With the ACA on the books, the nonprofit sector should be helping see the ACA’s effective implementation, the correction of its weaknesses, and a full and accurate understanding of the ACA by the people who stand to benefit from a mandate of affordable health insurance coverage.—Rick Cohen