A Win in Boston for Justice in Public Transportation 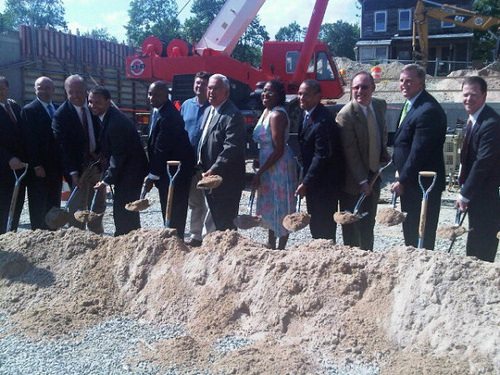 Transportation is often a major factor in achieving economic justice. The Four Corners Action Coalition in Dorchester and Mattapan, two densely populated areas of Boston, has won a major victory after more than a decade of activism. As of July 1, the Massachusetts Bay Transportation Authority (MBTA) will open two new stations in Dorchester on the Fairmount commuter rail line with fares set at par with those paid by subway and bus riders. This will take the number of new stations opened along that line in the past year to five.

Marvin Martin of the Greater Four Corners Action Coalition said, “It was really an issue of transportation justice, or injustice, you may say. We had a train that ran through our neighborhood and the only thing we ever got from it was diesel fume.” He went on to explain that, “From the point that it passes through the overpass on Washington Street, it takes 10 minutes to get to South Station. From that same point people catching the bus, first of all you have to transfer, and it takes them 45 minutes to an hour depending on the time of the day.” But time saved is not the only issue; affordability has posed problems, too. The Fairmount line before the fare reduction would have cost commuters from the area $5.50, in comparison to $1.50 on buses and the subway.

Beverly Scott, the General Manager of the MBTA, says the changes will cost $200 million.—Ruth McCambridge