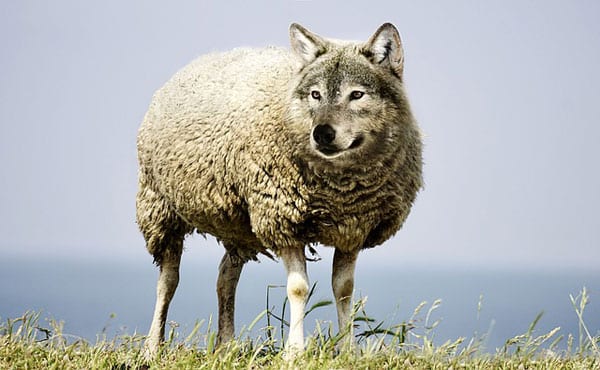 This article has been altered from its initial form.

The use of philanthropy to paper over corporate misdeeds and societal damage—and even create a more fecund environment for them—is now relatively familiar to us, but this particular story exhibits such a half-hearted attempt at building a philanthropic image against such an obviously ugly corporate intention that it deserves a mention.

The private prison company CoreCivic has created an independent 501c3 nonprofit foundation to reduce recidivism. In fact, the company proudly reported that it raised a half-million dollars at a charity golf tournament this past October to be granted to nonprofits serving former offenders, victims of crime, and underserved youth. The release specifically named as one of those organizations Men of Valor, also highlighted as a model for reducing recidivism in Governor-elect Bill Lee’s gubernatorial campaign for governor. Lee is a member of the organization’s board of directors.

As recorded on GuideStar, the mission of the organization reads as follows: “Men of Valor is committed to winning men in prison to Jesus Christ and discipling them. Our purpose is to equip them to re-enter society as men of integrity—becoming givers to the community rather than takers.” Two of the three prisons where Men of Valor works are CoreCivic Institutions.

Chief Development Officer Tony Grande shared the exciting news that the foundation will also give away furniture built in a prison workshop to Habitat for Humanity.

Perhaps it is worth noting at this time that CoreCivic, whose business depends on a steady stream of incoming prisoners, spent $840,000 lobbying at the federal level in the first nine months of 2018. It also gave $250,000 to Trump’s inauguration.

Why are we so skeptical about the authenticity of CoreCivic’s charitable intentions? It’s because the sustainability, much less the growth, of the mass incarceration market upon which it depends upon is counter to the public’s interest. Prison rates in the US are the world’s highest, at 724 people per 100,000, and those rates flow from criminal justice policy and practices. (Russia comes in a distant second at less than 600 per 100,000, and in England and Wales, the rate of imprisonment is a paltry 148 per 100,000.) In its September/October edition, Mother Jones reports that CEO Damon Hininger informed investors last June that “this is probably the most robust kind of sales environment we’ve seen in probably 10 years.” Reporter Shane Bauer, who wrote American Prison: A Reporter’s Undercover Journey Into the Business of Punishment, adds, “Not long after that, at the height of the crisis sparked by Trump’s decision to separate immigrant children from their families, the company’s stock price jumped 14 percent in less than two weeks.” (To be fair, CoreCivic does not incarcerate the children, but it does imprison their moms.)

NPQ has been tracking activists’ attempts to try to force divestment from for-profit prisons and examining the industry’s ties to politicians. In October, we wrote,

The day after Trump was elected, the stock prices of CoreCivic (formerly the Corrections Corporation of America) and GEO Group, the country’s two major private prison operators, soared. And, indeed, AG Jeff Sessions lost no time in rescinding Yates’s order. Now, private prisons are estimated not only to house 9 percent of federal prisoners, but 73 percent of all immigrant detainees. Last year, by the way, The Nation reported that two of Sessions’ former Senate aides, David Stewart and Ryan Robichaux, became lobbyists for GEO Group, and that the two were specifically engaged to lobby on government contracting. USA Today reminds us that CoreCivic and GEO Group alone made $985 million from Immigrations and Customs Enforcement (ICE) in 2017 and ICE continues to request more beds. In other words, it is very big business.

This newswire has been altered in response to emails from CoreCivic and Men of Valor. In response to our report about Men of Valor’s growing fund balance and stagnant program expense line through 2017, Men of Valor points out that it had been putting away money to fund a residential program for formerly incarcerated people. CoreCivic says it has been giving out its own money to charitable concerns for seven years, at least in part, through the Community Foundation for Middle Tennessee and it provided a sampling of organizations to which it gives:

It also clarifies that its relationship with Habitat for Humanity is 20 years old.