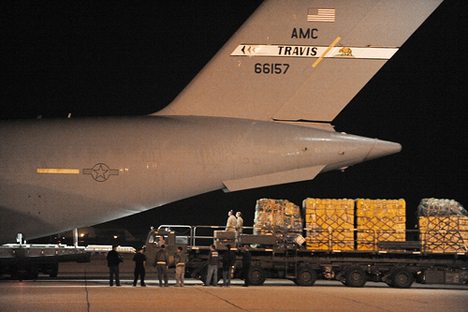 Congressman Charles Rangel with 163 cosponsors introduced a bill (H.R. 4462) on January 19 that would allow charitable donors who make contributions (in cash, not in goods or services) for relief and redevelopment purposes in Haiti between January 11 and March 1 of 2010 to take their deductions on their 2009 returns rather than waiting for their 2010 tax filing.

This isn’t unprecedented. After the Southeast Asian tsunami, the 109th Congress passed H.R. 241, which allowed donors to make contributions in 2005 and take the tax benefit against their 2004 taxes.

American charitable donors have been remarkably generous and compassionate with their giving in the wake of the Southeast Asian tsunami, Hurricane Katrina, and now the Haitian earthquake.

Administrative complexity at the IRS: There are obvious potentials for administrative problems with an accelerated deduction. Some donors might take their first quarter 2010 Haitian-designated deductions against their 2009 taxes, others in 2010. There is always the possibility that some donors might try to take the deduction for contributions in both 2009 and 2010. Donations under this legislation (Haiti Assistance Income Tax Incentive Act) must be designated to help victims of the September 12th earthquake. How would the IRS know or be able to determine if donors didn’t double count their Haitian earthquake donations, and how would the IRS determine if a charitable donor’s giving was or wasn’t specifically designated for earthquake relief—by a domestic public charity that is actually working in Haiti?

Since we presume that the 2009 tax forms have already largely been printed and provided to taxpayers, how will taxpayers specifically identify and distinguish their 2010 charitable giving for Haiti from their 2009 charitable giving deductions? Remember also that many states will have to adjust their taxable income calculations to match the new federal law about Haitian donations, just as states such as North Carolina, Virginia, and California had to do in 2005 after the tsunami in Southeast Asia.

American charitable donors have been remarkably generous and compassionate with their giving in the wake of the Southeast Asian tsunami, Hurricane Katrina, and now the Haitian earthquake. Prior to January 20, it is difficult to imagine that donors who gave money for Haitian relief in the first quarter of 2010 did so with the hope and expectation that they could count those contributions against their 2009 taxes.

But maybe we’re wrong. Maybe the accelerated charitable deduction will stimulate new donations for Haiti between January and March (and hopefully net new donations, as opposed to 2010 donations shifted for 2009 tax purposes). Maybe the perpetually short-staffed and under-resourced IRS is up to the challenge of monitoring individuals’ 2009 tax filings for Haitian earthquake donations and checking to make sure the same donations don’t reappear on 2010 1040s. Maybe the accelerated deductions for donations for Haitian relief won’t spur other causes, perhaps smaller disasters or groups not dealing with disasters at all, to ask Congress and the IRS for accelerated treatment of their donors.

We don’t know. We suspect that this might be problematic legislation. But what do NPQ readers think? We want to hear from you. Use our comment function to weigh in on whether this is a good, productive charitable incentive or a bill that is going to buy little for Haitian relief but complexity and trouble for charitable giving.

More about: Disasters and RecoveryPhilanthropy