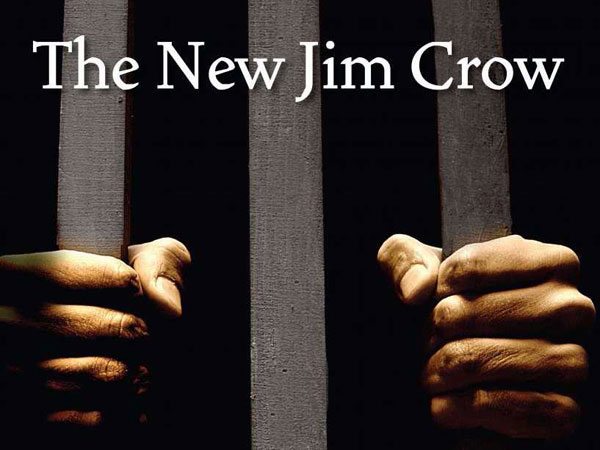 The American Civil Liberties Union is amassing a small but impressive track record on a particular issue: reversing prison bans on Michelle Alexander’s book The New Jim Crow: Mass Incarceration in the Age of Colorblindness. This month, the ACLU has overturned bans in New Jersey and North Carolina, although a Florida ban still stands.

In both cases, when state ACLU affiliates learned that the book had been banned, it sent letters to the Department of Public Safety in North Carolina and the Department of Corrections in New Jersey claiming the ban violated prisoners’ First Amendment rights. In the letter to New Jersey Commissioner Gary M. Lanigan, ACLU attorneys Tess Borden and Alexander Shalom write,

The DOC…must take affirmative steps to reduce our state’s shameful racial disparities. The ban on The New Jim Crow does precisely the opposite and is a step backwards instead. In its worst light, it looks like an attempt to keep impacted people uninformed about the history of the very injustice that defines their daily lives.

Borden added, “New Jersey needs to eradicate its worst-in-the-nation racial disparities, not paper them over with a banned book list, hoping that people trapped in an unfair system will remain blind to its injustices.”

The New Jim Crow explains how the mass incarceration of black Americans functions as a race-based program of social control, and how the modern US criminal justice system was in fact intended to do just that.

According to the New York Times, “A form from the prison system’s literature review committee obtained by the New York Times indicates that the book was rejected because it presented a security threat and was filled with what the document called ‘racial overtures.’” However, Roger Werholtz, who served as secretary of corrections in Kansas and interim executive director of corrections in Colorado, says this did not make sense because, “Frankly, most prison officials talk very openly about the overrepresentation of [sic] minorities.” (Werholtz did not specify whether the officials blamed the system or the “minorities.”)

Alexander’s book is only the tip of the iceberg when it comes to the banning of books in prisons. Texas has the most famously long list, with over 10,000 volumes banned in its prisons. Banned books include A Charlie Brown Christmas, Freakonomics, and The Color Purple, but not Mein Kampf or the writings of Ku Klux Klan leader David Duke. In New York state, PEN America recently fought against Department of Corrections and Community Supervision Directive 4911A, which banned prisoners from receiving book packages from all but six approved vendors, whose offerings were limited in both number and their ability to engage and improve prisoners’ minds. After NYC Books Through Bars and other activist groups sent letters opposing the directive, it was scrapped.

The banning and permitting of books in prisons seems to function in sweeps: Larry Taylor, a spokesperson for the Virginia Corrections Department, told American Prospect writer Adam Serwer that “once a publication is banned in one prison, it’s banned system-wide.” Conversely, says Serwer, when challenges are mounted, “once the cases actually make it to court, the government tends to back down.”

The ACLU and many others have recognized that making reading material available to incarcerated individuals benefits them in multiple ways. In addition to providing entertainment or a moment of mental respite, reading programs are found to benefit people when they get out of prison. A 1994 study from the National Center of Education Statistics found that 7 in 10 prisoners “experience difficulty in performing tasks that require them to integrate or synthesize information from complex or lengthy texts,” and therefore “literacy programs for inmates cannot afford to be short changed.”

As NPQ has reported, the ACLU is flush with cash and prepared to fight on the front lines of civil liberties. That they include both larger issues like sanctuary cities and less popular ones like the banning of books in prisons is indicative of their commitment to a thoughtful, all-encompassing approach. Including people behind bars in the fight for civil rights and recognizing their right to be educated about the systems that keep them there is a good place to start.—Erin Rubin