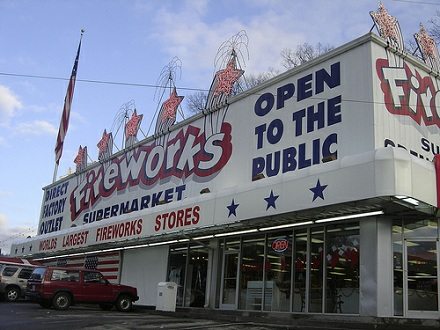 All across the U.S. (except in states where it is illegal), it’s that time of year when fireworks stands start popping up in preparation for Independence Day. In Columbus, Neb., the 10-day period for selling fireworks is now underway, and many nonprofits have partnered with a wholesale distributor, a common practice among nonprofits that undertake such sales. “A nonprofit can’t afford to do a fireworks stand by itself,” according to Mike Ware, the owner of TNT and Hometown Fireworks. “If they do, they would have to take on all the expense and the risk…We make it as turnkey for them as possible. All they have to do is provide the labor and sell.”

In many communities, this annual activity can be a small or even a major boost to local nonprofits. In California’s San Bernadino County, for instance, Jose Cisneros of the San Bernadino Community Service Center says that his agency works with “the poorest of the poor” and that “fireworks is definitely one of the biggest fundraisers we do and very important to us continuing to serve the community.” The organization has raised up to $25,000 from the sale of fireworks in years past. In Omaha, Neb., fireworks sales amounted to $425,000 for local nonprofits last year.

Many of the nonprofits selling fireworks are quick to note that fireworks can be dangerous. The nonprofit Prevent Blindness America reports that fireworks resulted in more than 6,000 emergency room visits and more than 1,300 eye injuries in 2010. Prevent Blindness America recommends avoiding the use of fireworks altogether, but aware that many Americans will ignore that advice, the group also offers some helpful tips on what to do in the event of a fireworks-related eye injury.

If safety concerns don’t have you leaving the fireworks to the professionals and you decide to embark on a pyrotechnical display of your own, you may want to try to seek out a fireworks stand run by a nonprofit; that way, your purchase can serve a positive purpose in the community long after your last fuse has been lit. –Mike Keefe-Feldman