As NPQ has noted, community land trusts help cities seeking to preserve housing affordability for low-income residents. With a community land trust, land is held in trust by a nonprofit, with a board that includes public, local government, and tenant representatives. The trust preserves affordability by removing its holdings from the private market, usually through 99-year ground leases and preemptive purchase requirements that limit how much the house can be sold for.

The purchase details vary, but typically involve creating an intermediate rung between “renting” and owning,” by which the family purchasing the home gets a lower price in exchange for accepting restrictions spelled out in the deed that limit the amount the family can gain on resale. A common formula is for a family to be able to receive 25 percent of the equity gain plus the value of capital improvements; this has proven to be enough to enable a majority of families to “step up” into standard housing afterward. The remaining equity stays with the trust so that the house can be made available at an affordable price to the next family with no additional subsidy.

Community land trusts have proven to be effective at stabilizing housing. However, they are often under-resourced. Denver and Asheville are no exception. In Asheville, Dillon Davis reports that, “Asheville City Council recommitted $1 million [last] Tuesday to a new community land trust that will help the city and Buncombe County offer affordable housing and stave off the effects of neighborhood gentrification.” The entity will be called the Asheville Buncombe Community Land Trust and will begin operations in 2019. The source of funding is a $25 million affordable housing bond approved by voters in November 2016. Board chair Dewana Little says the nonprofit intends to address “issues of ‘gentrification-driven displacement’ in predominately Black neighborhoods and respond to a shortage of affordable housing.” At present, the nonprofit “is primarily focused on…strengthening organizational capacity, fundraising, designing programs for housing development and home ownership as well as community outreach efforts.”

Like Asheville, Denver has created an affordable housing fund; in Denver’s case, $150 million. But the $2 million committed for the new community land trust is not coming from the housing trust fund, but rather from the Colorado Department of Transportation (CDOT). As Andrew Kenney details in the Denverite, residents had opposed efforts “to rebuild and expand I-70 in north Denver.” Residents failed to stop the project, but the state agency agreed to provide $2 million in seed funding to support the launch of a resident-led community land trust.

The money will be used in a “community land trust” model. The partnership already has purchased three homes in the area. One will be rehabilitated, while two others will be demolished and rebuilt as duplexes, and there are plans for more.

Maria De Luna Jimenez, a member of the GES coalition, says, “We want to help the families that are more in danger of being relocated, so they can have a place to live, in a stable place to live in good conditions—because, in reality, the houses that are here that they’re renting, the rent is high and they’re in bad condition.”

Jimenez adds that, “For us, this money, this $2 million—it’s a good quantity, but it’s not going to remedy everything the community needs.” According to Kenney, a “city report suggested that the state agency invest $14.5 million to make up for lost homes and other side effects,” so the existence of a funding gap is not in doubt.

That, however, takes little away from the success of what Kenney describes as a “community that has mobilized over the last 20 years around concerns about their environment and their health.” As organizer Robin Reichhardt, a Swansea resident who works with the coalition, notes, CDOT wasn’t “legally obligated to [contribute to the land trust]. They did it. That’s amazing.”

“What’s more frustrating is that the city hasn’t made any commitments to this project,” says Reichhardt. To date, Denver Mayor Michael Hancock “has proposed a plan to double Denver’s spending on affordable housing,” but has not committed to the land trust. That said, a Hancock spokesperson has said Hancock wants to play an “active role in furthering land trust strategies.”—Steve Dubb 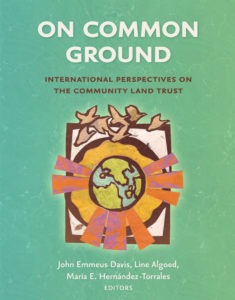 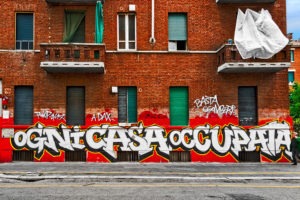 How to Make This Year’s Eviction Crisis Our Last