Affordable Housing Advocacy: Is Anyone Minding the Store? 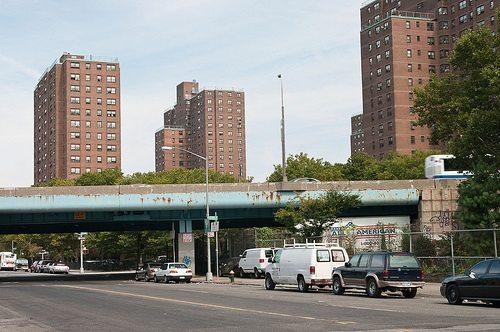 In Wilmette, Illinois, a nonprofit advocacy group has launched an online petition to get the village board to work with the developer of a 94-unit apartment building to dedicate nine units as affordable rentals. The developer has already voluntarily dedicated $80,000 to the township’s housing assistance program, but the advocacy group is hopeful that the village board will convince the for-profit developer to set aside the apartments in place of the donation.

The next time you hear a national politician talk about affordable housing, please let Nonprofit Quarterly know. For some reason, housing is the issue that is never uttered. The idea that the nation should be producing and maintaining sufficient quantities of decent, safe, affordable housing for low-income people is just not the place where politicians feel they should invest any nuggets of their political capital. Our guess is that it relates to the lobbying of the real estate industry, which has hardly been open to regulatory reform that could shift the nation’s emphasis toward generating more affordable housing or finding means of making more of the nation’s housing permanently affordable. At the federal level, there’s no way that nonprofit lobbying for affordable housing compares to the lobbying of the for-profit real estate industry:

For local nonprofit groups, the challenge is one of constant advocacy. In Richmond, Virginia, advocacy is tied to fundraising. The Better Housing Coalition received a $1 million challenge grant from the Cabell Foundation and succeeded in raising $2 million in matching funds (including $568,717 from 29 individual donors, $553,725 from foundations, and $1.13 million from corporations and public entities). “Our goal from the outset of the campaign was to preserve and/or produce 150 homes in a 10-block target area of Church Hill,” said Greta Harris, president and CEO of the Better Housing Coalition, though the Better Housing Coalition has long been much more than a developer; it’s been an effective advocate for affordable housing in central Virginia. It is hard to imagine that the Coalition’s fundraising didn’t occur without a significant component of public education and advocacy.

Across the nation, there are solid examples of nonprofits that, like the Better Housing Coalition, combine effective advocacy with solid technical skills in development. For example, Brownsville, Texas, the poorest city in the nation, falls in a South Texas region where inadequate housing is often found in “colonias” that typically lack the basics of modern infrastructure such as roads, sewerage, and plumbing. The Community Development Corporation of Brownsville has partnered with a Dallas-based design workshop for housing developments that not only provide higher quality housing in the colonias, but improve infrastructure, add bike and hiking trails, and offer residents personal design assistance for their homes. In La Hacienda Casitas, BCDC worked with other organizations in the colonias, including La Union del Pueblo Entero, a community organizing group, and Arise, a women’s empowerment group, and reached out to the purchasers to help them plan and design the community in which they would live.

The creativity and ingenuity of some affordable housing developers is noteworthy. In the Bronx, West End Residences has partnered with singer Cyndi Lauper to create True Colors Bronx, a development that will house 30 homeless gay, lesbian, bisexual, and transgender young adults. Potentially one-third or more of New York City’s homeless youth identify as gay, lesbian, bisexual, transgender, or “questioning.” This will be West End’s second project for this population group, its first having opened in Central Harlem in 2011. Much of this can be ascribed to advocacy. Lauper founded the True Colors Fund, an advocacy organization dedicated to homeless LGBT youth. In this case, as in many others, while technical expertise is clearly important, the development would never have taken root without a significant dedication to advocacy.

In addition to building, rehabilitating, and preserving the affordable housing stock, one of the specific challenges that nonprofits face is fighting against the affordable housing losses. In New York City, for example, a 1,600-unit complex, Southbridge Towers, is going to be lost to the affordable inventory. The owners of the co-op units have voted to privatize, allowing them to sell their apartments for roughly 100 times as much as they originally paid decades ago. Neighborhoods once relatively affordable have quickly become hugely expensive, notably East New York, where property prices have tripled between 2013 and 2014. On coming into office, Mayor Bill de Blasio pledged to create 90,000 new affordable housing units and preserve another 110,000 over 10 years, but the rapidly escalating prices in the city make both objectives difficult to achieve.

Given less than generous subsidies available from the state and federal levels, de Blasio’s strategy relies strongly on mandatory inclusionary zoning for major developments, in which the city provides density bonuses and other incentives and the developers commit some portion of their developments to affordability. For example, the de Blasio administration is applauding the announcement by the developers of 1,700 units in Astoria Cove their intention to set aside 20 percent as affordable.

Whether this inclusionary strategy will work without government subsidies and how long the affordable units will stay affordable are the keys to whether de Blasio’s strategy will succeed. If the objective is permanent affordability, then while deed restrictions are important, the ultimate guarantee is to take the ownership and governance of affordable units out of the for-profit sector and move them into the social sector, into the control of nonprofits. The nonprofit role in affordable housing in the current political and fiscal environment is not just advocacy and development, but to carve out a portion of the real estate market for social ownership and permanent affordability.

The ultimate answer to the national lobbying of the real estate industry is the effective mobilization of communities to demand policies that support the development of affordable housing, increases in subsidies that make housing more affordable, and mechanisms for making housing permanently affordable. Only through that kind of grassroots mobilization can nonprofits hope to compete with the real estate industry’s lobbying power.