After Newtown, Calif. Teachers’ Fund to Divest Itself of Gun Investments 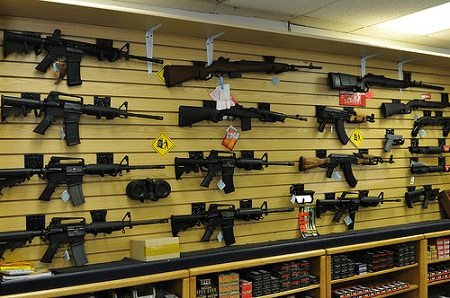 In the wake of the Sandy Hook Elementary School shooting in Newtown, Conn., one of the nation’s largest public pension funds is divesting itself of gun manufacturer holdings. The California State Teachers Retirement System, or Calstrs, which is reportedly the second largest American pension fund with $154 billion in assets, has already begun the lengthy process of selling off firearm securities. As a fund for educators, Calstrs leaders and clients feel a horrible disconnect in owning weapons stocks: “This latest incident, which occurred at a school and involved fellow educators and the children we cherish, is a tipping point for Calstrs,” said Harry Keiley, chairman of the fund’s investment committee.

However, while the Newtown shooting has touched a nerve for many pension funds across the nation, some investors are keeping in mind the constraints of their fiduciary obligations: “We can’t manage the pension fund based on whatever the hot issue of the moment is,” said Thomas P. DiNapoli, the sole trustee of New York State’s pension fund for state and municipal workers, the Common Retirement Fund.

The Calstrs fund includes investments in the gun manufacturer stock of the Freedom Group (manufacturer of the Bushmaster semiautomatic rifle that is believed to be the weapon that suspect Adam Lanza allegedly used in the Newtown shootings), Smith & Wesson, and Sturm, Ruger & Co. The private equity firm Cerberus Capital, which owns the Freedom Group, is planning to sell the gun company to duck the moment’s contentious gun control debate. John C. Liu, New York City’s comptroller, said that that municipality’s funds are exploring divestment in order “to ensure that public pension dollars do not support weapons that can destroy a community in the blink of an eye.”

Despite the push for divestment in some areas, funds in other states, such as Idaho and Texas, have expressed little concern in keeping their gun holdings. Ironically, because of widespread condemnation, weapons securities might be a good investment going forward, with share prices bottoming out after Newtown but perhaps bouncing back when the controversy cools. According to the National Shooting Sports Foundation, the U.S. firearms business generates approximately $31.8 billion annually, so the gun industry isn’t going away.

In all likelihood, opportunist investors will gladly take gun shares from the funds at a healthy discount. Divestment doesn’t come with any serious impact on demand for firearms or gun industry profits, but will it have some power to advance stricter federal gun control policies? Or will the gun rights lobby neutralize any hopes for change that will save lives? –Louis Altman