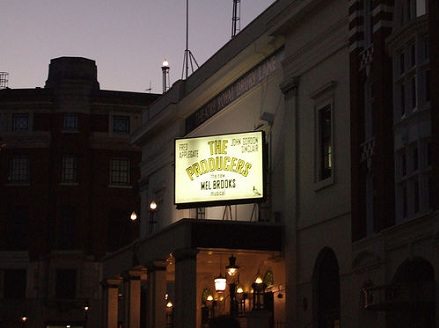 A report from FBI Special Agent Thomas McDonald on an incident that sounds like a variant of The Producers is a fascinating read with lots of potential lessons for nonprofits. In brief, the allegations are that, in return for a small $60,000 fee, Long Island stockbroker Mark C. Hotton defrauded the producers of the Broadway musical Rebecca by offering to raise $4.5 million of the $12 million they needed to put on the show. According to the producers, Hotton didn’t come up with the money and offered excuses such as his lead South African investor having died from malaria just before he was going to sign a $2 million check. At the same time, and again allegedly using the names of nonexistent investors, Hotton is charged with defrauding a Connecticut real estate company out of a larger $750,000 fee.

What kind of due diligence was there on Hotton’s bona fides to convince the producers he was legit? Are there lessons in the Rebecca story for nonprofits that might be approached by people promising to raise big money?

One of Rebecca’s producers, Ben Sprecher, said he had done a “cursory Google search” of Hotton before their first meeting and found nothing awry. Actually, Hotton had a trail of civil fraud lawsuits, many of which could be easily found with a search that might be a little more than cursory. There are dozens of Internet sites with case listings that ought to be examined whenever anyone promises big dollars, especially when access to investment dollars comes with attached fees. Hotton had absolutely no Broadway show financing experience, “no theatrical vocabulary” and “seemed out of his element,” Sprecher told the Times.

What about Hotton’s professional credentials? The former Oppenheimer and Co. stockbroker had repeatedly been disciplined by the Financial Industry Regulatory Authority, reportedly filed for bankruptcy in 2011, and reportedly lost his stockbroker’s license last year. Wouldn’t that track record make him a questionable business partner?

When you’re dealing with someone pulling the kind of fraud alleged to have been done by Hotton, the swindler has to keep the mark believing that the money is going to come eventually. Hotton allegedly kept Sprecher hooked by showing him hundreds of e-mails between Hotton and potential investors, but the Times reports that “federal authorities say Mr. Hotton invented them all.” Sprecher could have demanded to meet some of the people allegedly willing to fork over millions, but he didn’t.

If the allegations are proven true, why would a theater producer fall for a Broadway novice’s shtick given that legitimate theater investors had routinely given Rebecca a big thumbs down? “He was listening to me,” Sprecher told the New York Times. Sprecher also stated, “I don’t think like an FBI agent.” It doesn’t require the training of Mulder and Scully to follow some worthwhile due diligence tips, but Sprecher said that his mission focus made him oblivious to the distractions of due diligence. “When I’m in the thick of it, when I’m producing the show, and all of a sudden investors are not being forthcoming or all of a sudden difficult, it’s difficult to say, ‘Wait a minute — maybe they’re not real,’” Mr. Sprecher said. “It was impossible for me to assume that all of this happened with people who were made up.”

If a leader is so absorbed in the big picture mission as to miss important details—like whether one is dealing with real flesh-and-blood people or whether a moneyman is trustworthy—there’s something wrong with the leadership. That’s a Broadway lesson for the nonprofit sector.—Rick Cohen