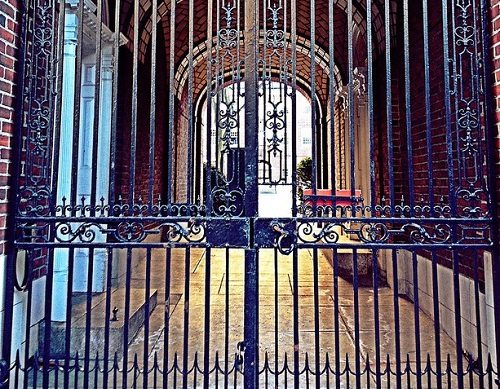 John Paulson’s $400 million gift to Harvard University initially attracted a ton of detractors who condemned the hedge fund mogul for his outsized generosity to America’s wealthiest, best-endowed institution of higher education. Nonprofit management consultant Laura McTaggart is one of many who has emerged recently to stand up for Paulson against criticisms from the likes of pop-culture writer Malcolm Gladwell and Vox columnist Dylan Matthews, who notably wrote, “There is a special plaque in philanthropist hell for John Paulson.”

McTaggert observes in this “Cognoscenti” post that she, a Harvard Business School grad like Paulson himself, is “glad Paulson—and other wealthy donors—choose to support Harvard.” Living as we do, she says, in the “land of the free,” billionaires like Paulson are free to do what they want with their assets. In response to suggestions that Paulson’s gift might have been better spent on needy populations and fighting poverty, McTaggart writes, “Feeding our bodies is critical, but feeding our hearts and minds makes life worth living.”

After making a number of suggestions for Paulson’s donation, such as distributing bed nets in sub-Saharan Africa or contributing to deworming programs, Matthews suggests an alternative to giving to Harvard while still focusing on the “hearts and minds” that McTaggart calls for: Describing Harvard’s focus on the very smartest and usually quite wealthiest of students, Matthews says that Paulson “could [have] give(n) $400 million to unselective colleges that, unlike Harvard, don’t concentrate resources toward already advantaged smart kids less in need of help.”

“The premises on which the [critical view of Paulson’s donation]…rests depend on information that we could not possibly know. If we accept, for argument’s sake, the utilitarian framework posited by these criticisms (characterized as, ‘The money would be spent better elsewhere because there it would achieve greater good and influence more lives’), it presumes that we know the limits of Harvard’s capacity to influence. It necessarily assumes that the research performed at this engineering and applied sciences school will fail to reach those outside of the ivory tower. Maybe this $400 million donation will lead to opportunities to do even better things around the world (or in the students’ own backyard) than the other suggested endeavors. Or maybe it won’t. But let’s not pretend that we already know the answer.”

Back in 2001, there was another $400 million gift to a fabulously wealthy institution of higher education: the $400 million grant from the William and Flora Hewlett Foundation to Stanford University that, like Matthews, this author described as “endowment asset transfer passing as philanthropy.” As we did then, the challenge is simply to picture what $400 million means within the philanthropic context of a foundation donation to Stanford or an individual gift to Harvard.

Hewlett’s donation to Stanford came to mind because in the wake of the Paulson gift, there was another higher education story, and it wasn’t the continuing controversy surrounding the closing of Sweet Briar College in Virginia. Rather, it was the announcement that South Carolina State University, one of the nation’s historically black colleges and universities (HBCU), retained its accreditation for another year, though it will continue on probation with the Southern Association of Colleges and Schools due to finance and governance issues. There has been little national, much less nonprofit coverage of the threats to the existence of South Carolina State, including state legislation earlier this year that would have closed the school for a year while it tried to straighten out its finances. (It apparently has a debt between $17.5 million and $23.5 million, depending on the inclusion of a $6 million loan it had from the state.) There’s no failure of imagination about what $400 million, or less than a tenth of that sum, could have done for the Orangeburg, South Carolina school.

Consider this perspective for McTaggart’s appreciation of charitable support for the development of hearts and minds:  As of 2014, Paulson’s $400 million donation to Harvard was larger than the endowments of every one of the 106 HBCUs in the U.S. other than Washington, D.C.’s Howard University:

Perhaps Georgetown’s Podkul is right that we don’t have the insight into the future to see how much benefit another $400 million into Harvard will mean. But the nation’s overwhelming problem at this time, threatening the underpinnings of our economy and society, is the ever-increasing gap between rich and poor. In anyone’s arena of philanthropic grantmaking or charitable giving, it really is incumbent on us to think, within the subject-matter interests of the donors, about whether a gift will exacerbate or lessen inequality in that sector or in the nation. Billionaire Paulson is within his rights to give to higher education, to give to Harvard, and to give as much as he wants. But at this time in our society, a donor like Paulson who has also donated to purportedly anti-poverty efforts such as the Robin Hood Foundation should be acutely aware of charitable donations that, while well intended, widen the nation’s deepening rift between haves and have-nots.—Rick Cohen