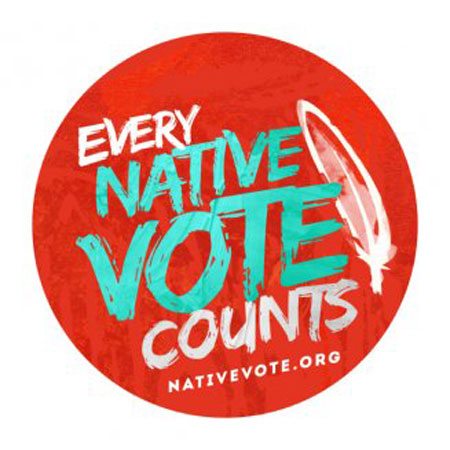 “Fights over indigenous voting rights are playing out in the West and the Midwest, a trend that has the potential to tip tight races in states with large native populations, like Alaska and Arizona, and to influence matters of national importance, like the future of Bears Ears National Monument, a conservation area in this county that is at the center of a fierce debate over public lands,” writes Julie Turkewitz in the New York Times.

If the ruling is upheld, the implications could be profound. As Turkewitz points out, “There are 6.6 million American Indians and Alaska Natives in the United States, representing about 2 percent of the population.” The 2016 Census Bureau report that Turkewitz cites identifies the five states with the highest American Indian and Alaskan Native concentrations as Alaska (19.5 percent), Oklahoma (13.6 percent), New Mexico (11.8 percent), South Dakota (10.3 percent) and Montana (8.3 percent). American Indians have a significant presence in other states as well. For example, as NPQ noted in 2016, American Indians are about five percent of voters, enough to swing elections in some communities.

Given that voting rights legislation came about because of Black organizing in the US South, it is not surprising that voting rights cases have often involved Black voters. But American Indians, like Blacks, have often been blocked from voting. As Turkewitz points out, “It was not until 1924 that Congress granted native people the right to vote, and for generations afterward, local and state governments have blocked them from doing so, often saying that Native Americans living on reservations were not state residents.”

The Navajo case is “part of a larger political trend of Native Americans organizing and protecting themselves,” says Daniel McCool, who, Turkewitz indicates, is “a professor emeritus at the University of Utah and a voting rights expert who was hired by the plaintiffs in the Navajo redistricting case.”

Some other cases that Turkewitz highlights include:

Other American Indian voting cases, notes Turkewitz, “are proceeding or have been recently settled in Arizona, Montana, South Dakota and Wyoming. And a second case is open in San Juan County, this one challenging the county’s decision to move to an all-mail ballot. Plaintiffs contend this disenfranchises native people who live far from reliable mail service.”

Turkewitz notes that Wilfred Jones, the plaintiff in the case, is 62. When Jones was born, Turkewitz adds, most American Indians in Utah still could not vote. Kenny Victor, 57, a colleague of his and a Navy veteran, said he welcomed the federal judge’s order to redistrict. “I served for the right to vote. It’s long overdue. We need representation.”—Steve Dubb