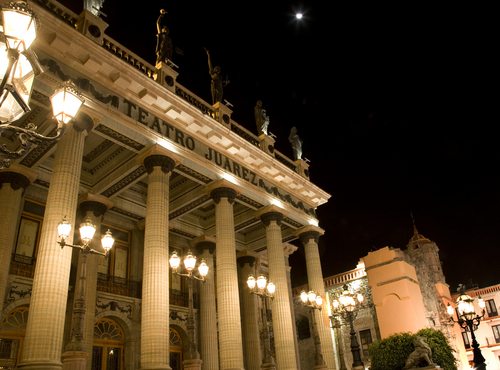 Los Angeles Times music critic Mark Swed wrote a compelling piece last week exploring the state of opera in American cities and, notably, the increase in new American works of opera as a means of keeping the artistic discipline relevant and appealing to 21st-century American audiences. “The art form is not standing still,” he writes. “It’s growing, uncontrollably, by leaps and messy bounds.”

Despite the closure of opera companies in New York, Boston, Cleveland, Baltimore and San Antonio; despite the near-death experience of San Diego Opera in recent months; and despite the ongoing, bitter labor dispute at the Metropolitan Opera, Swed notes:

Opera has never had a wider or more anarchic reach. You can’t escape it. Opera is broadcast in cinemas and at Times Square in New York. Opera pops up on the streets, in parks and at clubs. Museums mount operas, often with the intention of reinvention. There have been opera performances of late in grocery stores and banks as well as at a wax museum in New York and Union Station in Los Angeles. Symphony orchestras everywhere do it. Hipsters in Brooklyn do it.

One of the trends he notes is an increase in new American works, citing Los Angeles Opera as an example. According to OPERA America, opera companies in North America have premiered 369 new works between 2000 and 2011; while not all of these were American, this does attest to the vitality of the art form.

Future seasons must attract a new and younger audience with a mix of traditional 19th- and 20th-century opera with musicals, rare chamber operas and new works that tell a story about political issues and famous personalities. Repertory seasons about kings and bygone lifestyles do not draw new ticket buyers. This is a bitter pill for the old guard subscribers who are fading in age and ability to buy expensive tickets.

Ford, a past president of San Diego Opera, cites productions this summer by Santa Fe Opera of Dr. Sun Yat-sen by Chinese-born American composer Huang Ruo and Opera Theatre of St. Louis of 27, about Gertrude Stein and Alice B. Toklas, by American composer Ricky Ian Gordon and Canadian librettist Royce Vavrek. He suggests Verdi and Wagner ought to get used to sharing the season with American composers like John Adams, Philip Glass, and Jake Heggie. The San Diego Opera production of Heggie’s Moby Dick was often cited during the company’s recent turmoil as an example of a breakthrough experience that demonstrated the appeal to audiences of moving beyond the classics and into contemporary works. In addition to “fresh music and drama,” Ford believes “theatrical talent and avant-garde stage technology” will be essential to the future of opera.

Evidence of the artistic and financial investments being made by American opera companies in new works—often collaboratively—is everywhere. In a review of 27, Denver Post critic Ray Mark Rinaldi notes, “If you want to understand where opera is going in America you have to travel right to its middle; to Missouri of all places, where Opera Theatre of St. Louis has premiered 24 works in its 39-year existence.” Opera Philadelphia has an American Repertoire Program that promises to deliver new American works in ten consecutive seasons, including a “popera” about Andy Warhol and a co-commission with Santa Fe Opera of Cold Mountain, based on the Charles Frazier novel. A new work by Heggie, Great Scott, being developed jointly by Dallas Opera and San Diego Opera is about what Dallas News describes as “a quintessentially American conflict, between opera and football.”

Now, back to the aforementioned “messy leaps and bounds” as American opera grows. Swed addresses the labor conflict at the Metropolitan Opera, as well as the controversy surrounding its upcoming production of John Adams’s The Death of Klinghoffer. Regarding the labor dispute and the underlying business-model issues, he observes that the organization “operates like a bank too big to fail,” but may in fact be a company “that is too big to succeed.” Ouch.

Klinghoffer, based on the 1985 Palestinian terrorist hijacking of the Achille Lauro, is an opera some have interpreted as being anti-Semitic, leading the company to cancel Live in HD broadcasts of the production in worldwide cinemas at the request of the Anti-Defamation League (ADL). Metropolitan Opera general manager Peter Gelb, who is Jewish, has stated publicly that he does not believe the opera to be anti-Semitic. ADL national director Abraham Foxman, who has not seen Klinghoffer, says he is not charging the opera with being anti-Semitic, but is representing “the concerns of the Jewish community and the relatives of Leon Klinghoffer.” Swed attributes this controversy to the “power of opera,” noting:

The objections to Klinghoffer have mainly revolved around the sheer poetic eloquence of Alice Goodman’s libretto and Adams’ score, which allows the hijackers to seem momentarily sympathetic. We recognize the injustice they feel, and we might even share their hopes and dreams. Music is a medium in which they can express their romantic vision. If we listen carefully, we may even, for half a second, feel as they feel.

The greatness of Klinghoffer—and of opera—is just how dangerous that half-second can be. Here is an explanation I have never found anywhere else of how human nature can be so subverted that someone becomes a suicide bomber. The effectiveness of Adams’ opera is to then reveal the ways a romantic vision can lead to epic tragedy, the killing on the Achille Lauro and the ever-present bloodshed in the Middle East that horrifies us every day.

It’s hard to imagine experiencing this kind of an opera production and not talking about it, thinking about it, telling others about it long after the curtain comes down. Not necessarily because it’s controversial, but because it’s a familiar, contemporary story and it’s sung in English, so there’s no hiding behind a foreign language. This opera was first produced in 1991, so it’s not exactly a “new” work. And yet, it’s still very much a topic of live discussion. Which points back to the kind of audience engagement that opera companies everywhere acknowledge as essential to the future of the art. –Eileen Cunniffe