American Racial Discrimination on the Docket at the United Nations 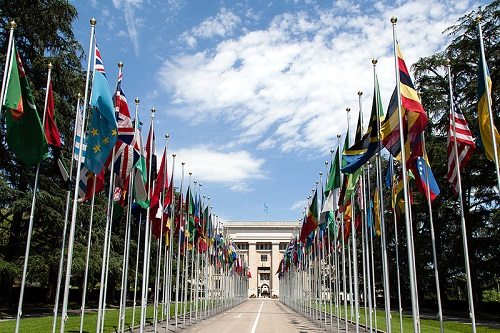 It must be disconcerting to Americans to read that U.S. officials were called on the carpet by the United Nations Committee on the Elimination of Racial Discrimination (CERD) because of what Stephanie Nebehay of Reuters said was “persistent racial discrimination against African-Americans and other minorities in jobs, housing, education and the criminal justice system.”

Many readers probably think, “they must be kidding,” given the rampant racial and religious discrimination, even genocide occurring in so many places in the world.  But with the backdrop of street battles in Ferguson, Missouri, with local and county police treating African-American protesters like enemy combatants, racial justice issues are current and real.  It is no excuse, as even the American representatives to the UN CERD acknowledged, to say that other countries may be much worse.  We have to deal with our own conditions, our own responsibilities, and take action against official and unofficial racism right here at home.

As examples of troubling racial policies in the U.S., UN officials cited “Stand Your Ground” laws, the use of force against immigrants, FBI racial profiling, and high rates of gun violence with disparate impacts on minorities.  The killing of teenager Mike Brown in Ferguson happened just before the CERD review, but U.S. officials stood their ground, so to speak, and defended America’s “great strides toward eliminating racial discrimination,” highlighted by the election of an African-American president.  The head of the U.S. delegation was Keith Harper, a member of the Cherokee nation.

Despite the official U.S. government bravado, some 40 civil rights groups on their own filed a report with the UN committee detailing a number of policies and practices in which the U.S. has failed to fulfill its obligations under the UN Convention on the Elimination of All Forms of Racial Discrimination.  The leading organizations behind the report, Falling Further Behind: Combating Racial Discrimination in America, were the Leadership Conference on Civil and Human Rights along with the Lawyers’ Committee for Civil Rights under Law and the NAACP, with funding for the report from the Overbrook Foundation.

Among the specifics cited in the report were the following:  discriminatory law enforcement and prosecutorial practices, including racial profiling, stand your ground laws, police misconduct (referencing the New Orleans Police Department), violence against immigrants on the Texas border, and higher rates of prosecution and incarceration of blacks and Latinos compared to whites for similar charges; disparities in sentencing, including with sentencing for drug-related crimes and in the death sentence; barriers to community re-entry for former prisoners, including voting disenfranchisement and deprivation of health services for justice-involved persons; disparate treatment of minority juveniles in the criminal justice system; racial segregation, resource inequities, and discriminatory disciplinary practices in education; discrimination in employment, including discrimination against unemployed workers; discrimination in housing, due to the U.S. government’s definition of housing discrimination to include only intentional discrimination, and racial disparities in foreclosures; and discrimination in voting, including photo ID laws.