An A.G. Bows Out of Defending His State’s Ban on Same-sex Marriage 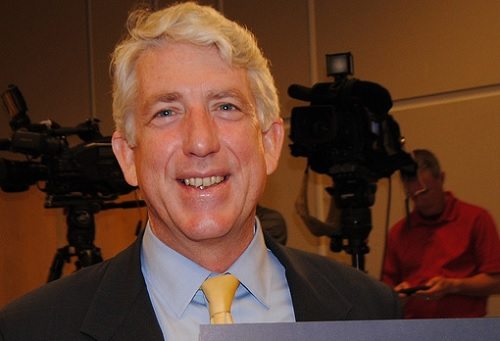 The Attorney General in Virginia has decided that he will not defend the state’s recently adopted constitutional amendment defining marriage as between a man and a woman. More than that, a spokesperson for the newly elected Democrat, Mark Herring, stated that he will side with two same-sex couples that are taking Virginia to court, arguing that the Commonwealth’s amendment violates the 14th amendment of the United States Constitution. Herring will ask the courts to strike down the Virginia amendment. “It’s time for Virginia to be on the right side of the law, and the right side of history,” he said.

Predictably, the reactions to Herring’s decision have been swift and strong, as reported in the Washington Post. In the article, 20 people are quoted: seven Democratic legislators, nine Republican legislators, and four people who are community leaders but do not represent any specific political party. Not surprisingly, six of the Democrats support Herring’s decision and seven Republicans decry it.

Of those who support the Attorney General, State Senator Adam Ebbin’s comment is quite representative: “Today is a proud day to be a Virginian. We are the birthplace of civil liberties, and it’s exciting to see Virginia getting this right.” House Speaker William House’s comment sums up the major argument of those who oppose Herring’s decision: “The attorney general has a constitutional and statutory obligation to enforce and defend the duly adopted laws and Constitution of Virginia. This is not an obligation that can be taken lightly. The attorney general’s decision today demonstrates a great deal of disregard for that obligation, as well as the legislative and democratic processes by which those laws are adopted.”

In general, those who are against Herring in this decision suggest it is his responsibility to defend the Virginia constitution as written, whether he likes it or not. The fact is, these people argue, in 2006, over a million Virginians voted to amend the constitution to state that marriage is between a man and a woman. Those who support Herring in his decision have two main arguments. One is that Herring is echoing the emerging trend among citizens of the United States to accept same-sex marriage as a right. According to a recent poll, 58 percent of Americans believe same-sex marriage should be recognized and only 36 percent say it should be illegal. The other argument is that as Attorney General, Herring swore to uphold not only the constitution of Virginia, but that of the United States.

The comments quoted in the Washington Post also run the gamut of civil discourse from practically rude to very thoughtful. For example, State Senator Richard Black is quoted as saying, “I don’t know what the difference between a dictatorship and this is.” On the other hand, Thomas Garrett, a fellow Republican State Senator, is more circumspect: “I don’t think he should do it, but I think he can do it, and I think it’s probably within his job description to do it if he thinks the ban conflicts with the U.S. Constitution.”

Of course, Virginia is not alone in having voted such a constitutional amendment. As the case works its way through the courts, it will be interesting to watch reactions from leaders with White House aspirations in other states, such as Wisconsin, Texas, or Florida.—Rob Meiksins