NPQ has recently covered some of the evolution and innovation occurring in animal rescue operations lately, and this is one more small chapter in that story.

Paul Steklenski spent his eight-year Army career as an Abrams armor crewman, driver, loader, and mechanic in Fort Knox, Kentucky. His life’s latest chapter began in the spring of 2013, when a new commute had him driving past an airport every day.

“I had always thought about [learning to fly],” Steklenski told the Today show. “My uncle was a pilot. I still have his logbook from the ’30s and ’40s.”

Shortly after he purchased a plane, a new, four-legged copilot was not far behind when he adopted a homeless dog named Tessa. Steklenski was intrigued to learn that Tessa’s life was spared thanks in part to transportation routes in which volunteers move homeless animals from shelters in the South, where they are at risk of euthanasia due to pet overpopulation, to communities elsewhere—often in the Northeast—where the census of adoptable dogs is lower overall or a particular size or type of dog is in demand. For such transport to succeed, shelter staffs must keep up good working relationships, the receiving shelters have to have willing adopters who will choose adoption over purchasing an animal from a breeder, and transportation equipment, like trucks or vans, as in Tessa’s case, have to be maintained.

As his piloting hobby progressed, Steklenski hoped to use his plane to aid Angel Flight, a nonprofit that transports passengers to and from medical treatment. As a new pilot, he didn’t meet the requirements for Angel Flight, but there were others who could benefit from his piloting skills and plane—homeless dogs and cats just like his Tessa.

Steklenski’s nonprofit, Flying Fur Animal Rescue, was born in the spring of 2015. According to Steklenski, his process is similar to that of many small animal rescue groups: Volunteers pull animals at risk of euthanasia out of shelters and transport them across state lines to places they are highly desirable. Using a plane rather than ground transport means the animals often go from shelter to rescue placement in the same day.

The pictures he has amassed of his happy passengers are fundraising gold. Using his weekends and vacation time, Steklenski has saved over 900 dogs from death, and he has no plans to slow down.

The work does have its dangers. Earlier this month, a group of volunteer pilots from Pilots N Paws completed the rescue of a senior husky in honor of Oklahoma City transport pilot, Bill Kinsinger, who remains missing after his plane crashed in the Gulf of Mexico on the way.

Steklenski’s story highlights the amazing leadership skills those with military training bring to the workplace, classrooms, and nonprofits across the country. Our challenge as nonprofit leaders is to fully engage and harness those leadership skills to better our organizations and sector.—Carrie Collins-Fadell 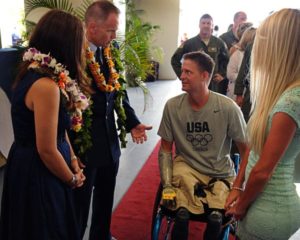 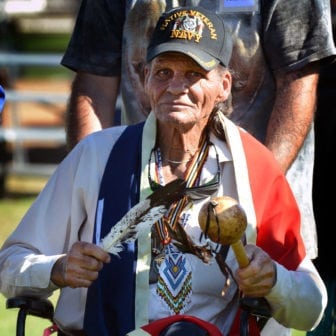 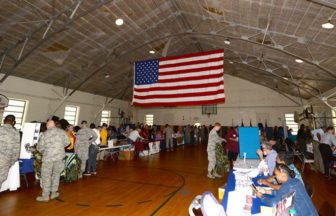 And those VietNow Chapters? What of Them?