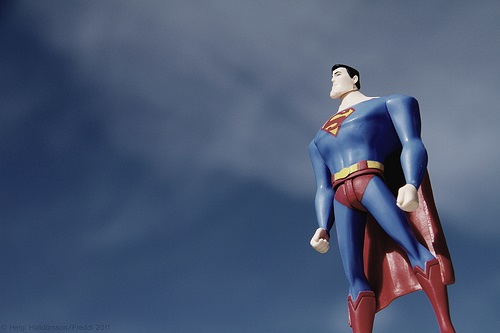 Teju Cole wrote that a white savior is someone who “supports brutal policies in the morning, founds charities in the afternoon, and receives awards in the evening.”

Global_Geneva recently released its third annual top NGO ranking, and unfortunately, it’s more of the same. In 2013, I reviewed the board profiles of the previous, focusing on their gender balance and diversity, and links to the tobacco, weapons, and finance industries. The findings were troubling. Many of the listed NGOs were not adequately diverse or representative, and over half had links to the above industries.

This year’s ranking reveals similarly disturbing trends. Though 78 percent of the activities of the NGOs listed take place in the majority world, the ranking remains skewed towards NGOs headquartered in the West (64 percent). This once again sends signals about who has value and expertise, and reinforces the fallacy that citizens of Western countries are best equipped to change the world.

Diversity continues to lag. Women and men of European origin are still over-represented in leadership positions (over 60 percent overall and by gender). The representation of women is still relatively low (40 percent, of whom 63 percent are of European origin). More disturbing, however, is the lack of ethnic diversity.

The statistics on Africa and Africans (including the diaspora) are once again particularly disconcerting. Only five percent (26) of the 500 NGOs listed have their headquarters in Africa, yet 33 percent of activity takes place in that region. Of those 26, only seven are in the top 100 and most (9) are found in the last tier (401-500).

In the regional rankings, only 25 NGOs have been selected for the top African ranking compared to 100 each in Europe, North America and Asia/Australasia. Moreover, of the 25, eight are outside the African continent—two in Bahrain, three in Israel, three in Jordan.

Many NGOs continue to display stereotypical and patronizing images and videos that portray Africans in particular as poor and needy victims devoid of agency:

In addition, a large proportion of the “top” NGOs continue to appoint leaders who are not representative of the communities and groups they claim to serve, and retain links to corporate interests that appear to be inconsistent with their mandate or public identity.

As with the previous ranking, a number have board members as well as funders with links to the tobacco, finance and weapons industries. Some, such as Room to Read, for instance, pride themselves in such links: “Our leadership team is comprised of veterans of such venerable corporations as Goldman Sachs…”. Others are partnered with corporations that have been accused of human rights and environmental violations: for example, Akshaya Patra with Monsanto to provide food for children, Care with Cargill to combat poverty, Vital Voices with Walmart to increase economic opportunities for women, Injaz-al-Arab with ExxonMobil to mentor Arab youth. The International Crisis Group receives support from corporate members of its International Advisory Council, including Shell and Chevron.

Some also have affiliations with individuals whose political or professional record is arguably inconsistent with the mandates of the NGOs they serve; examples include the International Rescue Committee (Henry A. Kissinger, Condoleezza Rice and Madeleine Albright, Overseers), the International Crisis Group and ONE Campaign (Lawrence Summers, Board member), and Operation Blessing (M. G. “Pat” Robertson, Board member).

The rather broad failure of many of the listed NGOs to have representative leaderships is reflected in some of their publicity statements and attitudes. Some exhibit slogans that offer absurdly simplistic solutions (“You can cure starvation”—Concern Worldwide; “Change the World in 4 clicks”—Ufeed). Others display hubristic attitudes (S.O.U.L. Foundation says that its president represents “a new generation of young American activists who are quickly growing into a group of enthusiastic non-profit entrepreneurs and leaders who are choosing a piece of the world and changing it”; GreenHouse’s ambition is “trying to save the world by developing new models of social change to better people’s lives”). FAME World even adopts a disturbingly traditional missionary approach: It takes “Christ to the unreached and underserved” but provides no assistance to non-Christian organizations.

We are all incoherent. Recognizing this, where is the line between incoherence and deceit?

As individuals, we can easily deceive ourselves into believing that we do not perpetuate global inequities and discriminatory attitudes we claim to oppose. Organizations are no different. When NGOs are challenged to meet standards of integrity and fail to do so, they start to fit Teju Cole’s definition of white saviors.

International aid and advocacy is a multibillion-dollar industry and the corporate structures of the largest NGOs increasingly resemble those of large businesses. At the same time, NGO appeals for public support and public money rely heavily and distinctively on their claim to moral authority. Given this, it is entirely reasonable to expect NGOs to demonstrate their institutional integrity, including accountability to those they claim to serve. Unfortunately, Global_Geneva takes neither of these criteria into account. By choosing to rank so many NGOs in the manner it does, Global_Geneva and those who support it reinforce paternalist models of decision-making and governance that should be challenged rather than lauded.

This article was originally published on the website Africa Is A Country and is reprinted with permission.

Fairouz El Tom is creative director at Plain Sense in Geneva, Switzerland, and conducts independent projects on issues related to diversity and “otherness.”