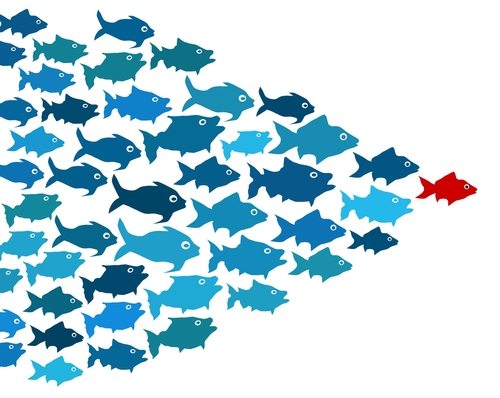 The Greater Good blog of Arabella Advisors is frequently a useful read for provocative ideas from experienced and new philanthropists. The latest post is from Steve McCormick, president of the Gordon and Betty Moore Foundation. McCormick was formerly president of the Nature Conservancy; his tenure spanned the time when the Conservancy was excoriated by members of Congress for a variety of questionable practices, including problematic stewardship of land and self-dealing transactions. Now he heads one of the largest private foundations in the nation dedicated to environmental conservation. His experience, both at the foundation and prior to taking the helm six years ago, gives McCormick the knowledge and the platform to suggest strategies for his grantmaking philanthropic peers.

Unfortunately, embedded in his framework are a couple of foundation practices that do not necessarily warrant automatic endorsement. While McCormick encourages philanthropy to “make big bets on bold ideas,” an idea that most of the nonprofit sector has been futilely waiting for from foundations, he couches that recommendation with the idea that philanthropists should “take the lead in seizing the important opportunities and addressing the biggest and most complex issues we face across the globe.”

He might consider this semantics, but no, foundations shouldn’t take the lead. Nonprofits, particularly community-based nonprofits, should be doing that, and foundations should be backing them, rather than moving in front of activists, due to foundations’ “unique mix of capabilities and…[ability to work] in a way that other actors cannot or have not.”

Foundations are increasingly attracted to the lure of doing things themselves and allowing nonprofits to participate only so long as they follow the roles they’ve been allocated in the foundations’ scripts. As Governor Cuomo’s nonprofit coordinator, Fran Barrett, mentioned during a presentation at the Urban Institute, foundations typically “make up initiatives and then want people to fit into them.” It is a process of substituting the experience and values of foundation grantmakers for those of the nonprofit activists on the ground. Perhaps it doesn’t apply to the Gordon and Betty Moore Foundation, whose board includes a number of recognized scientists and environmentalists, but even there, relying on the groups on the front lines seems to be a better and more democratic prescription than foundations’ taking the lead.

A second troubling item in McCormick’s prescription is his notion of having foundations “work in complementarity toward collective impact.” The example he cites is a broad array of foundations, including Moore, “increasingly coalescing around market-based solutions for conservation.” Foundations themselves are strongly market-based, heavily invested in stock market equities and typically governed by people from business. The frequent gravitation to market-based solutions is to be expected from foundations, given their origins in private wealth earned in free enterprise. It doesn’t mean that market-based solutions necessarily work, that they even fit the problems, or that they don’t create new problems in their wake.

McCormick includes market-based solutions within the rubric of foundations “pursuing and supporting new or unorthodox ideas.” It seems to us that the market-based solutions touted by foundations are frequently promoted by foundations far in excess of what they have or might deliver in terms of positive social change. (Social impact bonds come to mind.) However, they are based in a belief that the market, with whatever tweaks and innovations that it needs to work better, is the ultimate solution. The Nature Conservancy experience was one in which market-based solutions, such as negotiating conservation easement when the beneficiaries might have been primarily the wealthy landowners or real estate developers or aligning the organization with big corporations of somewhat disreputable environmental practices (in the TNC case, its close relationship with BP), didn’t always work quite as well as they might have.

Notwithstanding McCormick’s advice to philanthropists, ours is to be very careful about finding yourself operating ahead of the nonprofit activists doing the hard work on the ground and to be modest in your belief that the market, with an updated, entrepreneurial twists, leads to better, long term solutions than more collectivized, community-based solutions.

NPQ would love to hear your thoughts on the matter.—Rick Cohen