Mystery Donor Gives $1.5 Million in Honor of a Dog She Did Not Know 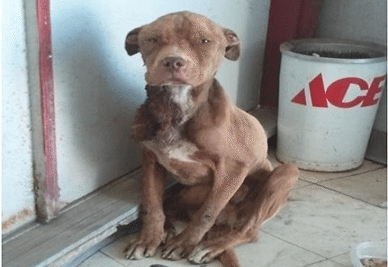 January 4, 2012; Source: Care2 | There are apparently 50,000 stray dogs in Detroit, but one of them, an emaciated pit bull puppy, did not die in vain. The puppy, nicknamed “Ace” because he had wandered into an Ace Hardware store, was the focus of an argument about the city’s policy on euthanizing stray pit bulls. Detroit Dog Rescue, a newly formed local animal rescue group, had tried to save him, attempting first to beat animal control to the scene and then applying for a restraining order against the procedure. The group failed to save Ace, but their public attempts attracted the attention of a woman in California suffering from a fatal illness. She called DDR to inform them that she wanted to make the donation of $1.55 million in stock options very quickly to support the establishment of a no-kill animal shelter.

Daniel Carlisle, a Hip Hop artist involved with the group, related the story: “She just kind of nonchalantly, very humbly, just rambled off very quickly, ‘I just want you to know that we’re going to do this very fast and it’s just going to be a quick transfer of stocks to you guys. You should have the million dollars overnight. . . .’ And I was like, ‘Excuse me? Did you just say a million dollars?’”

What comment is there to make about this story? If anything, it speaks to the value of making your cause public in a way that moves like-minded people at a very basic level.—Ruth McCambridge