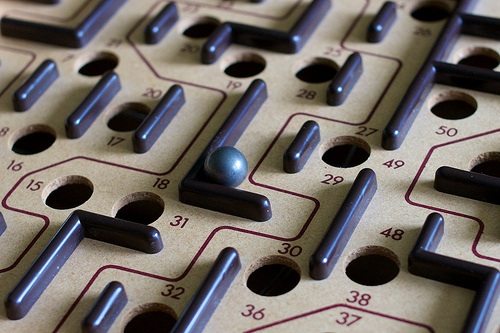 In Milwaukee, an anonymous complaint reportedly prompted a HUD audit of Community Advocates, which provides supportive housing for formerly homeless people and other community services. The audit found that Community Advocates did not ensure that money slated for supportive housing was used for eligible activities, and that the agency did not maintain documentation that would support that it had met a required funding match. It also found that the organization did not maintain a financial management system that appropriately tracked the uses of the grant.

The agency is likely to be required to provide documentation or reimburse HUD.

Joe Volk, executive director of Community Advocates, offered a written response saying that the organization had administered more than $16.2 million to serve the homeless in Milwaukee from 2009 through 2012. He states that all of this work was overseen by the City of Milwaukee, which found no problems. He also points out that although some irregularities were found in the audit, there was no comment on the quality of the programs themselves, which have served thousands of people who are homeless. In fact, Volk argues, the audit found very small amounts of what may have been ineligible costs, and those were the result of a coding error, which has since been corrected.

Despite his defense of the organization, the HUD audit found some rather significant issues in the accounting processes, such as the fact that Recovery Act grant money was not tracked separately, and there is no record of a required match of $593,000 Community Advocates was to invest in the program.

Community Advocates is an organization that has been growing very rapidly in a process of mergers and acquisitions of other programs. The agency has added such programs as a women’s shelter and a program working to promote the safe release and community integration of individuals in the criminal justice system. For a period of time, Community Advocates was the lead agency in a program known as the Continuum of Care, which administered rapid rehousing grants and other program funds the City of Milwaukee had received from HUD to help people who are homeless. Community Advocates has also moved from a rather modest and austere facility in the city’s center to a stand-alone building in Milwaukee’s downtown area.

Recently, Community Advocates lost a grant with Milwaukee County worth almost $1 million for a program to divert patients from the County’s Mental Health Complex. Reasons given for this cut were, again, a lack of adequate reporting, and the fact that organization did not have a required medical director.

Is it a trend in Milwaukee that agencies are becoming lax in their systems or are we seeing increased oversight of government grants? In July, another large agency, the Social Development Commission, was denied the contract to oversee the Head Start program in Milwaukee that it had administered for many years. A lack of oversight, reporting, and accounting challenges were cited. Back in February, a slightly smaller agency, Silver Spring Neighborhood Center, came under fire because of the lack of appropriate credentialing for one of its staff. In both of these cases, the fallout caused the executive directors to lose their jobs.

In either case, it is a clarion call for nonprofits to ensure they are managing government funds correctly, and that there is vigilant oversight in place.—Rob Meiksins