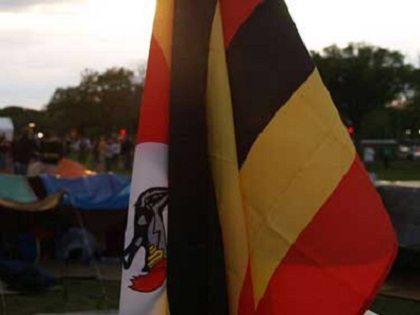 In Uganda, the official website of the prime minister, along with other government websites, were hacked and defaced last week by the hacktivist collective Anonymous. The cyber-militants did so in support of the Ugandan LGBT community and in retaliation for the government’s anti-gay policies, particularly legislation that lingers in Parliament that has been referred to as the “kill the gays” bill. The bill would imprison anyone who fails to report alleged homosexuals, as well as execute lesbians and gays.

“You have been warned, repeatedly to expect us,” the collective’s message read (this was not the first time Anonymous hackers took control of Ugandan government websites). “Your violations of the rights of LGBT people have disgusted us. ALL people have the right to live in dignity free from the repression of someone else’s political and religious beliefs. You should be PROUD of your LGBT citizens, because they clearly have more balls than you will ever have.”

Anonymous also posted a photograph taken at Uganda’s first LGBT Pride celebration, which was originally featured on The Advocate’s website. This has alarmed Melanie Nathan, a blogger who wrote about photos from the historic event and who fears that the activist pictured has unnecessarily been put in danger.

“While I support all protests against the anti-gay Ugandan Government, I fear this may cause a backlash to the LGBTI [lesbian, gay, bisexual, transgender, and intersex] community of activists who so bravely showed their faces at Pride,” she explains on her blog. “The photo used by Anonymous which is now all over the internet is harmful and should not have been used in that fashion … their attempt to help the Ugandan gay community, may in fact be causing more harm to the actual brave activists who put themselves on the line.”

“My concern is the manner in which Anonymous claim to speak on behalf of Uganda LGBT activists with no consultation whatsoever,” says Val Kalende, an activist quoted by Nathan. “Do they understand how their actions could be perceived by Ugandans? I question the motive of Anonymous. They need to be advised. Those well-meaning interventions can cause severe backlash for activists on the ground. Hacking government websites to ‘help’ victims of state-sponsored homophobia? Who does that? I think this extremist violent intervention MUST STOP. I would advise you speak to activists on the ground for their views on this.”

Whether or not the Ugandan LGBT community agrees or disagrees with Kalende, this is a serious lesson for those of us in the West who might act “on behalf” of those in the developing world without first asking what they need and how we can best help: sometimes, this can mean not intervening at all. – Erwin de Leon