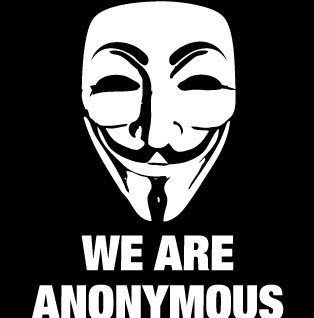 As 2012 begins, we are watching a phenomenon of groups outside of the conventional organizational structure of 501(c) nonprofits taking actions that one would think of as nonprofit-ish (like the social policy protests of the Occupy Wall Street movement) or as directly impacting nonprofits. In the latter category is Anonymous, the collection of incognito hackers, which apparently hacked—or at least some people who claimed to be associated with Anonymous hacked—their way into the military security think tank called “Stratfor,” and grabbed a ton of confidential information, including thousands of credit card numbers that they used to make charitable donations. There is a nonprofit dimension to the story involving very traditional charities, such as the American Red Cross, that might have received these unauthorized charitable donations. The bigger issue isn’t how the Red Cross and others deal with the unexpected donations but rather what Anonymous’s purported Christmas Eve hack attack on Stratfor means for the potential trajectory of this movement, and perhaps for other leaderless and structureless political movements, like Occupy Wall Street.

Here are some questions and answers regarding this distinctive and increasingly common phenomenon of loosely organized internet hackers invading the websites of for-profit and government entities to make a political point:

Who or what is Anonymous?

Anonymous is increasingly well known for hacking into various government and business sites, sometimes in retaliation for the firms’ (such as MasterCard, Visa, and PayPal) denial of services to Wikileaks (an organized campaign called “Operation Payback”), in other instances as part of the group’s opposition to public- and private-sector efforts to restrict free speech or other causes (for example, its Project Chanology, against the Church of Scientology, its denial of service attacks against government websites in Egypt, Tunisia, and elsewhere during the Arab Spring uprisings, and, recently, its “Operation BART,” in protest against the Bay Area Rapid Transit system’s plan to shut down cellphone service on its lines in order to disable planned demonstrations protesting shootings of passengers by transit security officers).

While there are a number of sites that seem to regularly post information from or statements attributed to Anonymous activists,  Anonymous isn’t an organization, per se. The activists or “hacktivists” identifying themselves as Anonymous are more like a loose collective, but even that sounds too organizationally rigid for this very fluid group. Although people move in and out of being a part of Anonymous, the group is organized enough to pull off invasions of the websites of major government entities, penetrating complex Internet security barriers. How these loosely knit members accomplish such feats remains a mystery, as their technological know-how appears to supersede that of even the higher level database security experts companies and organizations depend on for their online protection.

The other name in the story of the hack attack on Stratfor is AntiSec, which PC Magazine has described as “a joint effort between Anonymous and the now-defunct LulzSec that targets governments with which they disagree.” The two linked up this past summer in Operation Anti-Security, during which time LulzSec posted the following statement of purpose:

Welcome to Operation Anti-Security (#AntiSec)—we encourage any vessel, large or small, to open fire on any government or agency that crosses their path. We fully endorse the flaunting of the word “AntiSec” on any government website defacement or physical graffiti art. We encourage you to spread the word of AntiSec far and wide, for it will be remembered. To increase efforts, we are now teaming up with the Anonymous collective and all affiliated battleships. Whether you’re sailing with us or against us, whether you hold past grudges or a burning desire to sink our lone ship, we invite you to join the rebellion. Together we can defend ourselves so that our privacy is not overrun by profiteering gluttons. Your hat can be white, gray or black, your skin and race are not important. If you’re aware of the corruption, expose it now, in the name of Anti-Security. Top priority is to steal and leak any classified government information, including email spools and documentation. Prime targets are banks and other high-ranking establishments. If they try to censor our progress, we will obliterate the censor with cannonfire anointed with lizard blood.

What exactly does AntiSec do? If AntiSec purloins the credit card information of tens of thousands of people to use (ostensibly) for charitable donations, who chooses the charities that will benefit? Who is in place to ensure that AntiSec doesn’t take a processing fee of sorts to keep its Robin Hood activities alive? (As some commentators have observed, AntiSec gets to play the roles of both well-intentioned thief Robin Hood and enforcer of the law Sheriff of Nottingham.)

Apparently, Anonymous hackers have invaded the Stratfor site and revealed the names and credit card information of as many as 75,000 people who have purchased Stratfor research products or other services, and hundreds of thousands of other usernames and passwords of people <a href="http://www.p