Another ALEC Defection over Climate Change 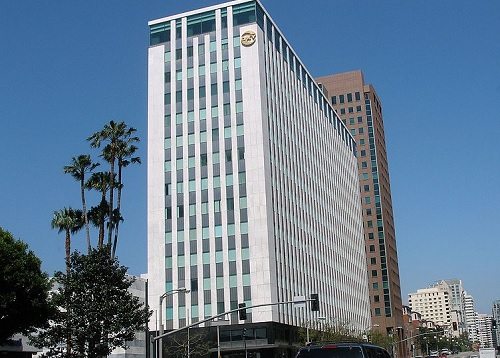 In a follow-up to a recent newswire about tech companies breaking their ties to the American Legislative Exchange Council (ALEC), it was recently revealed that Occidental Petroleum has also cancelled its membership in the ultra-conservative organization. In a letter obtained by National Journal, Occidental Petroleum’s chief legal counsel wrote to an investment firm describing why the oil giant is making this move.

This defection seems a little different than the other ones recently announced. In a rush of activity last week, a number of tech companies broke ties with ALEC in response to public pressure and general philosophical differences. Google’s statement even went as far as accusing ALEC of outright lying in its stance on climate change. Occidental Petroleum is not a liberal-leaning organization, apparently donating thousands to Republican candidates for office. It is also one of the largest petroleum companies in the United States, an industry not known for supporting clean energy initiatives.

The letter from Occidental is from Linda Peters, its Associate General Counsel, to Timothy Smith, the Senior VP and Director of ESG Shareholder Engagement at Walden Asset Management. Environmental and Social Governance (ESG) is a movement that appears to be gaining some momentum in the world of asset management and stakeholder engagement, even having a LinkedIn Group. It is a movement in which shareholders are encouraging the companies they invest in to adopt environmentally sustainable policies and practices.

Walden Asset Management has a very active stance in this area, openly making use of the power of the investors they work with to initiate change on a number of issues, including ESG. On its website, the company describes its process as starting by engaging in dialogue on these topics with the corporations where clients invest. Eventually, if change is not forthcoming, Walden will encourage its clients to use the power of their proxy votes to promote the adoption of policies and procedures—in essence, using the money of the investors as leverage to promote change.

The letter from Peters makes some interesting references to a previous letter from Smith and his promise, should Occidental break ties with ALEC, to “convey this information to the groups who follow this issue,” which sounds a bit like a response to either a promise or a threat, or both. At no point in the letter does Peters state that Occidental in fact disagrees with ALEC’s stance on climate change.

Finally, there have been other topics that Peters and Smith have communicated about. Given that Walden’s list of hot topics includes such issues as human rights, water risk, and drilling in environmentally sensitive areas, it makes sense that he would be communicating with a petroleum corporation that has operations around the globe. Peters ends her letter saying that “it has been a pleasure to work with you on a vast array of governance issues during my tenure at Occidental. The conversations have always been civil and intellectually engaging even when we did not agree.”

As NPQ has reported, climate change marks only the latest topic that has led to a series of defections from ALEC’s rank of supporters. Previously, for example, a number of very significant corporations, ranging from McDonald’s to GE, dropped their membership following the murder of Trayvon Martin. ALEC had been very active promoting the sort of “Stand Your Ground” legislation that became relevant in the case.—Rob Meiksins