Another Classical Showdown: Met Opera Threatens to Lock Out Workers 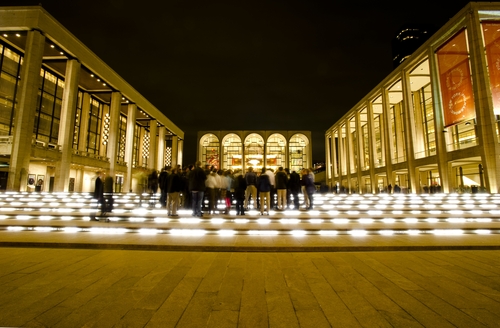 Apparently, lessons from Minnesota mean nothing to the sophisticates of New York City. Faced with a business model that is no longer working, judging from a declining endowment, the Met is attempting to restructure primarily by cutting workforce costs. The workforce wants to see other things change. As you may remember, a similar standoff resulted in a 16-month lockout and the loss of a good deal of talent by the Minnesota Orchestra before it was resolved.

Peter Gelb, the general manager of New York’s Metropolitan Opera, in a derivative restaging of the labor strife of the Minnesota Orchestra, has been attempting to negotiate compensation cuts with 15 of 16 of the unions representing its staff and, in the midst of that, has decded to use a showdown strategy. The contracts with these unions expire on July 31st. This week, he sent letters to the company’s orchestra, chorus, stagehands, and other workers warning them that they may be locked out, with their final paychecks coming as early as next week.

Gelb wrote that although he sincerely hopes to avoid such an unfortunate event, “if we are not able to reach agreements by July 31 that would enable the Met to operate on an economically sound basis, please plan for the likelihood of a work stoppage beginning Aug. 1.”

The Met Orchestra Musicians have stated that they are “dismayed that Peter Gelb has pursued a cynical strategy calculated to result in a lockout of his artists and craftspeople and imperil the upcoming Met Opera season.” Alan S. Gordon of the American Guild of Musical Artists supported that, saying that in his opinion, there is no chance that an agreement will be reached by then.

“‘He has no intention of actually reaching an agreement by Aug. 1 unless it’s his agreement,’ Mr. Gordon said of Mr. Gelb. He also said: ‘Once he locks out employees, his relationship with the performers at the Met is over. They will never respect him again. He’ll be the captain of a ship where the crew is just waiting for a chance to mutiny.’”

D. Joseph Hartnett of the International Alliance of Theatrical Stage Employees, which has six locals at the Met, is only slightly more optimistic. “The members of I.A.T.S.E. want to save the Met, that’s why we will be at the bargaining table in coming days hammering out an agreement that works for all,” he said in a statement. “A lockout would be a serious setback, an opera tragedy likely resulting in a lost season and a long-term loss of operagoers for years to come in Lincoln Center and on theater screens around the globe.”

The Met has experienced two other work stoppages in 1980 and 1969. In 1980, the lockout lasted 11 weeks, and according to the New York Times, “it took years for the Met to recover the subscribers it lost during the 1969 strike.”—Ruth McCambridge