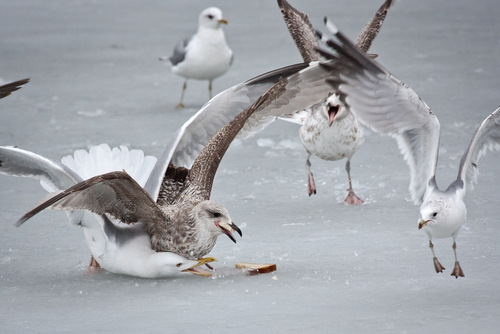 Only around three weeks ago, I wrote a newswire about a food bank that had lost one of its biggest fundraising projects to what they termed a “rogue effort” led by its former development director, Now, here is this story that sounds eerily similar, as the former executive director of the food bank run by Lutheran Social Services of Northeast Florida is being sued for “intentionally disrupting” operations at the bank over a two-year period and then spreading tales of mismanagement once he resigned.

According to the suit, Bruce Ganger supplied confidential donor and financial information to national food network Feeding America, both when he was running the Second Harvest North Florida food bank and afterwards when the network hired him to start up a competing food bank. The suit alleges that this led to “lost revenue, food donations, community goodwill, the resources of national network membership, and a federal food distribution contract worth millions.”

Ganger’s attorney Alan Wachs dismissed the complaint as vindictive and an effort to blame Ganger for the nonprofit’s own problems.

“This is a silly publicity stunt,” he said. “They are trying to divert attention from themselves.”

Meanwhile, the U.S. Department of Agriculture’s Emergency Food Assistance Program put its contract, worth $3.2 million, up for bid a year early, and both groups will apply. The state’s emergency move opened up the last year of the contract, which typically is bid for one year with three potential one-year automatic renewals or the option to rebid. State spokeswoman Erin Gillespie said, “In this instance, we opted to take the opportunity to rebid the contract in order to evaluate all of our options in the area and help to ensure the success of the program.”—Ruth McCambridge