Another Government Advisory Committee Dismantled—This One on Climate Change 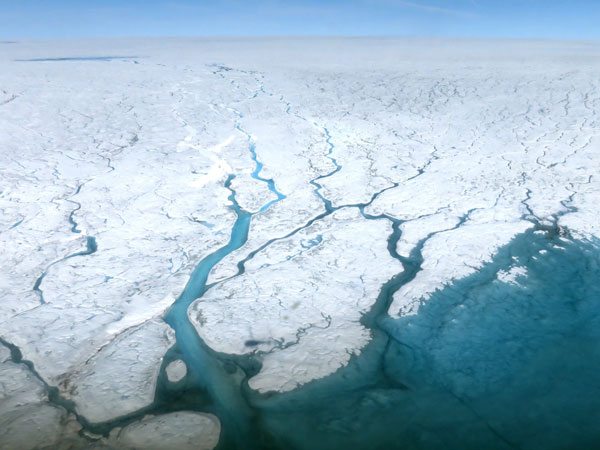 Following the leak of a draft of a major government report on climate change, the Trump administration announced they will disband the federal advisory panel that reports on climate change. Scientists had expressed concern that the content of this report might be suppressed, so this action did not come as a surprise.

Add this to the list of actions and activities being used to undermine science and existing policy and “debunk” accepted scientific principles, including the plan for a “red-team/blue-team” review of climate change science recently reported on in NPQ. But, while these actions are not unexpected, those being dismissed are not leaving quietly.

The 15-member Advisory Committee for the Sustained National Climate Assessment was initiated to help policymakers and private sector and industry officials incorporate the government’s climate analysis into their longterm planning. The committee includes academics, corporate representatives, and local officials. Their role has been to issue an assessment every four years. The next assessment is due to be released in spring 2018 and is described in the Washington Post as follows:

Known as the Climate Science Special Report, it was produced by scientists from 13 different federal agencies and estimates that human activities were responsible for an increase in global temperatures of 1.1 to 1.3 degrees Fahrenheit from 1951 to 2010.

The committee was established to help translate findings from the National Climate Assessment into concrete guidance for both public and private-sector officials. Its members have been writing a report to inform federal officials on the data sets and approaches that would best be included, and chair Richard Moss said in an interview Saturday that ending the group’s work was shortsighted.

“It doesn’t seem to be the best course of action,” said Moss, an adjunct professor in the University of Maryland’s Department of Geographical Sciences, and he warned of consequences for the decisions that state and local authorities must make on a range of issues from building road projects to maintaining adequate hydropower supplies. “We’re going to be running huge risks here and possibly end up hurting the next generation’s economic prospects.”

Members of this board thought that they would be staying on. Their appointments were up for renewal, and precedent on such committees is to renew. But precedent does not seem to hold sway in this case, and this change could reference a new precedent set this spring when, in June 2018, the Trump administration did not renew the appointments of those serving on the EPA’s Board of Scientific Counselors (BOSC).

Speaking to the Washington Post in June, Robert Richardson, an ecological economist and associate professor in Michigan State University’s Department of Community Sustainability, who co-chaired one of the BOSC subcommittees and was let go earlier this spring, said, “This gives me a great deal of concern about the erosion of science in this administration. It’s hard to understand the rationale behind a decision like this. I understand they might simply want to repopulate [the board] with people of their own choosing. However, this could also be a way of just weakening advisory boards, of diminishing their role by not replacing members.”

Members of the Advisory Committee for the Sustained National Climate Assessment intend to keep working on their report without reappointment. The report is due in the spring of 2018. As former chair Moss stated to the Washington Post, “It won’t have the same weight as if we were issuing it as a federal advisory committee.”

A continuing concern is that the report and its contents will be suppressed by the current administration. The preliminary report, as leaked, concludes that Americans are already feeling the effects of climate change and says it is “extremely likely” that the majority of global temperature increases in the past 60 years are partially due to human influence. The report also details how the warming trends of more than 1.6 degree Fahrenheit from 1880 to 2015 are likely linked to human activity.

“Many lines of evidence demonstrate that human activities, especially emissions of greenhouse gases, are primarily responsible for observed climate changes in the industrial era,” one portion of the report reads. “There are no alternative explanations, and no natural cycles are found in the observational record that can explain the observed changes in climate.”

What will come of the scientific work on this report? Will its purpose of informing policymakers, industry leaders and local officials so that they can plan, make decisions and create policies that will address climate change issues be sidelined? As climate scientists across the country speak out, the question remains as to whether their voices will be heard.—Carole Levine