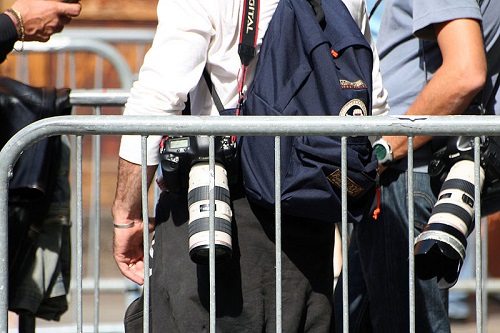 NPQ has often written about the interconnections between a free press and healthy civil society, so it is the business of all of us when journalists are targeted by police or governments, or indeed by any organized group.

Visit the website of GlobalPost and you’ll think you’ve come across an excellent nonprofit news outlet. The purpose of GlobalPost is to “redefine international news for the digital age.” The founder, Philip Balboni, and the executive editor, Charles Sennott, write on the GlobalPost site, “Our mission is to provide Americans, and all English-language readers around the world, with a depth, breadth and quality of original international reporting that has been steadily diminished in too many American newspapers and television networks.”

In a horrific and barbaric act, the group known as the Islamic State (ISIS, or ISIL) claimed recently to have beheaded a GlobalPost reporter whom they had captured after he went missing in Syria, around November 2012. Although the State Department is trying to verify the authenticity of the video showing the beheading, Foley’s family seems to have accepted the young man’s death as a reality.

Foley’s family issued a heart-breaking public statement. “We have never been prouder of our son and brother Jim. He gave his life trying to expose the world to the suffering of the Syrian people,” the family’s statement read. “We implore the kidnappers to spare the lives of the remaining hostages. Like Jim, they are innocents. They have no control over American government policy in Iraq, Syria or anywhere in the world.”

This display of violence from ISIL is an act of wanton cruelty that defies imagination. Nonprofit news sources should be standing with GlobalPost and Foley’s family just as they have supported the efforts of Al Jazeera to free some of its staff from Egyptian jails where they have been held for several months. When it comes to protecting the press, a crucial element of freedom of speech concerns standing up against actions like those of ISIL or of the Sisi government in Egypt.

Hopefully, we will all remember Foley’s passing and stand shoulder-to-shoulder with GlobalPost in pursuing its mission regardless of the intimidation that ISIL is clearly ready to dish out. Our sympathies are with our colleague James Foley, and here’s to making sure that government officials in Egypt and non-state actors like ISIL do not succeed in shutting off the role of civil society. –Rick Cohen