Another Likely Blow to Nonprofits: DOD Suspends its Participation in the Combined Federal Campaign 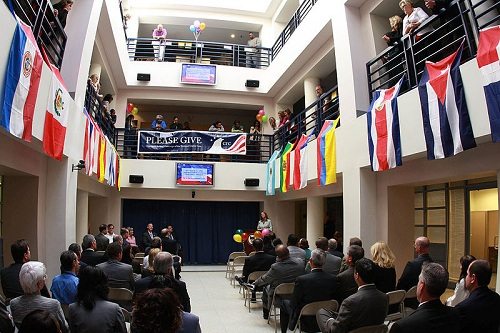 Due to the shutdown, the Department of Defense suspended its domestic participation in the Combined Federal Campaign (CFC), which was scheduled to run from September 1st to December 15th. The memo announcing the action is here.

The CFC is essentially the equivalent of United Way for federal workers, providing a way for them to donate easily to thousands of charities through payroll deduction. Pentagon officials decided that it was not a covered activity under the Pay Our Military Act, which reinstated 90 percent of the DOD workers who had been furloughed by the shutdown.

“Upon legal review, (CFC) activities are not excepted from furlough nor are they appropriate activities under the Pay Our Military Act,” Susan Yarwood, human resources director with Washington Headquarters Services, wrote in a memo to DOD workers. “Until such a time we have a Continuing Resolution or congressionally-approved appropriations, please postpone all CFC events, training and fund-raisers.”

Earlier this year, NPQ reported that both participation and revenues had dropped from 2011 to 2012 and that “uniformed personnel had the highest participation rates in last year’s charity drive. Nearly 475,000 military personnel—or 21.8 percent of those solicited—contributed to the 2012 campaign. There were 276,818 employees at other federal agencies who contributed, along with 96,620 members of the U.S Postal Service.” So, in short, most of the donors to the campaign would be employed under the DOD, and the DOD’s action may, in fact, have significant effects on the overall campaign and on the nonprofits it funds, unless the shutdown is resolved soon.

The CFC has not been suspended at other federal agencies, and paycheck deductions that DOD employees have already scheduled will continue to be made.—Ruth McCambridge