Another Musicians Lockout at Atlanta Symphony 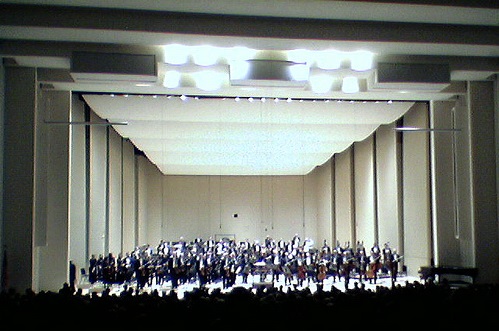 NPQ has been tracking the woes of many classical performing arts organizations over the past few years and they have been intense. There was the lockout at the Minnesota Orchestra, the closing and subsequent rescuing of the San Diego Opera, the closing of the New York Opera and the threatened lockout at the Met. It would be impossible not to see this as a moment of crisis/opportunity in that field.

Now, after more than eight months of contract negotiations, the Atlanta Symphony Orchestra locked its musicians out on Sunday; this is the second time it has done so in two years. Last year also marked the twelfth year that it ran a deficit, a trend which caused the group to withdraw $18 million in total from its endowment. The deficit amounted to $2 million last year. According to this report, expenses for the ASO have declined since 2012, but sales for the classical season have declined at an even sharper rate and the group is trying to adjust.

The ASO is a division of the Woodruff Arts Center, which also oversees the Alliance Theatre, Arts for Learning and the High Museum of Art. Woodruff Arts Center President and CEO Virginia Hepner says that donors are growing concerned about the viability of ASO’s business model.

The musicians previously took a 14 percent pay cut, and although ASO Management was offering to boost musician salaries by 4.5 percent over four years while also offering a 22 percent share of any budget surpluses, ASO asked musicians to shoulder more of their own healthcare costs.

“We are pleased with some of the progress we have made over the last two years and we are grateful for the significant role the musicians played in helping reduce our costs. But we still have work to do to reverse the financial deficits that have been experienced for the past years,” said Karole Lloyd, chair of the ASO board. “I remain firm in the belief that by working together—board, musicians, staff, and community—we will eventually achieve our goal: a vibrant, financially stable, world class Atlanta Symphony Orchestra which will serve this community for generations to come.”—Ruth McCambridge