Another Orchestra Teeters on the Brink—This Time, in Europe 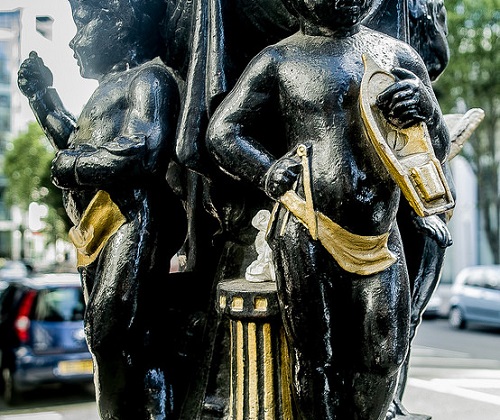 NPQ readers are not likely to be surprised by the news that another major orchestra has sent out an S.O.S., signaling that it may not have the funds to play on beyond 2014. In recent years, we’ve covered budget deficits, labor disputes, bankruptcies and other red-flag issues in Atlanta, Baltimore, Cleveland, Dallas, Detroit, Philadelphia, Pittsburgh and (again) Atlanta. There are, however, some important variations on the theme in the developing situation in Northern Ireland, where the Belfast-based Ulster Orchestra has indicated that unless it can close a £500,000 funding gap, it soon may be out of business. Most notably, the orchestra is looking to government entities—the Assembly of Northern Ireland and/or the City of Belfast—for its financial rescue.

George Bain, the orchestra’s executive chairman, says the administrative staff has already been reduced from 23 to 18 and negotiations are underway with musicians to eliminate what he called “restrictive practices.” Ulster Orchestra is the only full-time professional orchestra in Northern Ireland, and has an operating budget of about £4.5 million. It has lost about £1 million in public funding in the last four years, which is at the heart of the current financial crisis.

The orchestra has in other ways been thriving, as noted in a report in the Belfast Telegraph:

Most U.S. orchestras have learned to get by without much government support, which had waned long before the Great Recession. But in Europe, where cultural organizations are accustomed to being heavily subsidized by government entities, the decline in public funding in the wake of the recession is taking its toll. Cultural organizations have to fight for funding within larger budgetary processes, going head-to-head with fundamental services provided by European governments. And as the leaders of the Northern Ireland Assembly gather at Stormont in the weeks ahead to wrestle with the next budget cycle, much hangs in the balance for the Ulster Orchestra.

So much so that world-renowned flautist Sir James Galway and more than 30 other important voices from the world of classical music sent a letter of support to First Minister Peter Robinson, Deputy First Minister Martin McGuiness, and Minister for Culture, Arts and Leisure Carál Ní Chuilín, asking them to find a way to save Northern Ireland’s “cultural flagship institution.” Described as “a chorus of concern,” these musical luminaries noted that the orchestra “has represented Northern Ireland in the best way possible—free from politics, simply as ambassadors for the very best characteristics of the community.”

Meanwhile, Ulster Orchestra has appealed to the Belfast City Council for “emergency funding” of £500,000, as noted in the BBC report, “to keep it solvent until March next year when it would be restructured.” It has also asked for free use of Belfast’s Ulster Hall for the next five years, which currently costs the orchestra £160,000 a year in rent. And even as the orchestra’s leaders have assured Northern Ireland authorities of their efforts to become less Belfast-centered, if the City Council accepts the rescue plan, the organization could be renamed to “something like the Belfast Symphony.”

The Ulster Orchestra is the highest-profile arts group caught up in Northern Ireland’s current budget cycle, which is why, as the Belfast Telegraph reported, “It has found itself at the centre of a war of words over culture versus frontline services.” However, according to Green Party Leader Steven Agnew, as many as 37 arts institutions in Northern Ireland are at risk of losing additional government funding. As Agnew states, “The arts scene collectively just became the latest pawn in the DUP/Sinn Fein ideological struggle.” He notes:

“The arts scene, like much else in Northern Ireland, has been transformed over the last decade or so. People want to come here—artists, musicians, actors, filmmakers, but also audiences. Nor is it just a matter of so-called ‘highbrow’ culture; we recently witnessed the incredibly vibrant sixth Belfast Culture Night, with some two hundred events and around thirty thousand people thronging the streets, generating an exciting and inclusive atmosphere.

“Just before that was the Mela, grown from small beginnings to a massive celebration of cultural diversity, with as many as 25,000 people of all backgrounds packed into Botanic Gardens. There’s the Cathedral Quarter Arts Festival. There’s the Open House Festival. There’s Belsonic. There’s the Belfast Nashville Songwriters Festival. And we haven’t even started on the legacy of Derry-Londonderry’s year as City of Culture, or any of the lively local arts scenes across Northern Ireland, let alone the buzz about the new Venezuelan Chief Conductor of the Ulster Orchestra.”

Agnew goes on to cite the tourism, jobs and other economic development benefits of a vibrant cultural sector. He ends with an eloquent appeal for continued government support of the arts—which may be especially poignant in Northern Ireland, but which underscores the reasons why arts advocates everywhere continue to make the case with government leaders for strong support of cultural institutions:

“In the end, it is a question of what sort of society we want to build together. Our political leaders have, rightly, put a lot of emphasis on ‘Building a United Community,’ combatting racism, fostering inclusion and so on. Nothing will help us achieve those aims better that culture and the arts.

“You can stand up and lecture people all day on the moral and political case for a non-sectarian, non-racist society, and they will go away with a bit more information. Put a drum in their hands, let them jam with an expert African djembe player, and people from all backgrounds will come together in a living, breathing encounter with another culture, an experience that is not available any other way, and one that contributes to a kind of wealth not measurable in pounds and pence.”

Or dollars and cents. –Eileen Cunniffe