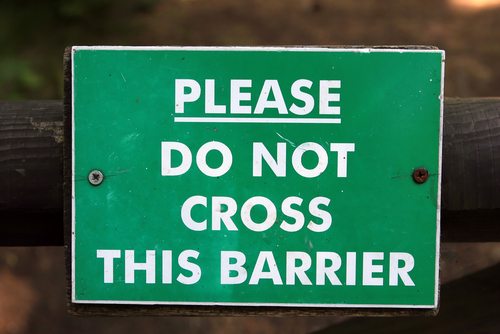 On Thursday, in McCullen v. Coakley, the Supreme Court unanimously struck down a Massachusetts law that provided for a 35-foot “buffer zone” around clinics providing abortions. The Saturday after, protestors showed up in greater numbers in Boston and Worcester, pushing beyond that previously established line.The “buffer zone” was established to keep protestors at a distance from women seeking to enter clinics.

In Boston, where the Saturday protests at a Boston Planned parenthood clinic were expected, protestors pushed past the 35-foot lines to yell at women entering. “Please don’t kill your baby! You can celebrate a birthday next year!” They waved signs, some depicting infants in their mothers’ arms and a bloody baby in hands marked by stigmata.

The decision only applies to Massachusetts at this point, but it could set a precedent for similar actions in other states where there are smaller buffer zones in place. For instance, San Francisco’s law is virtually identical but with a 25-foot zone—recently raised from eight feet, which city officials saw as inadequate.

Massachusetts Attorney General Martha Coakley said that she, Gov. Deval Patrick, Boston Mayor Marty Walsh, and state lawmakers were working to establish a plan that would protect women’s access to the five affected clinics and that officials would seek court injunctions against any protestor that threatened a woman’s safety. Meanwhile, the clinics are beefing up on their number of escorts to accompany women through the gauntlet of protestors. They had been using them on Saturdays but now will make them available on other days as well.—Ruth McCambridge