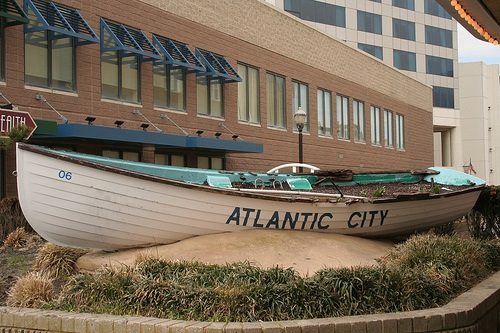 On the eve of its fiftieth anniversary and the fiftieth anniversary of the War on Poverty, Atlantic Human Resources (AHR), an anti-poverty program based in Atlantic City, appears to have imploded. As with many such multi-service centers, AHR ran dozens of programs over the years out of as many as 20 locations, generally financed with state and federal funding.

Then, the Corporation for National and Community Service did its own investigation that resulted in the revocation of the Foster Grandparent Program, which may not have been doing required background checks, and a senior volunteer program. State funding also took a dive, from the $816,030 in 2011 and about $817,166 in 2012 to $582,130 for 2013. Banks with which AHR did business also froze some of its accounts after the group found itself sued in civil court for not paying its bills.

Subsequently, the state’s Department of Community Affairs conducted another audit at the request of AHR and found additional problems. Now it appears to be negotiating the return of what remains of its CDBG money to the state. Remaining at AHR are three programs and twenty employees, but a quick search of AHR’s website shows no public statement of its status or position in all of this.

In many cities, such agencies are mainstays, operating as they do a set of standard safety net programs that range from childcare to senior programs, fuel assistance, housing advocacy, and much more. NPQ is interested in hearing about other instances of community action agencies/anti-poverty agencies experiencing such problems, and we would like to hear from others in the Atlantic City area about plans to fill in the gaps.—Ruth McCambridge