Anyone for a Spot of Charity Bashing? 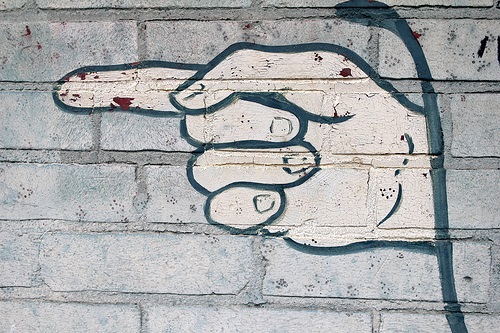 Charity-bashing has become something of a national sport in the UK in recent years, and politicians and the media sometimes seem to be vying with each other to find fresh reasons to have a bash. Eric Pickles, the blunt Yorkshireman who is Secretary of State for Communities and Local Government, has, for example, recently proclaimed that all his department’s grants to “pressure groups and supposed charities” will henceforth include a clause that prohibits any of the money being used for lobbying, in a very wide definition of that term.

A couple of weeks earlier, a TV documentary series called Exposure broadcast an episode called “Charities Behaving Badly,” which featured secretly recorded clips of three people connected with charities making anti-Islamic, anti-Semitic, and white supremacist remarks. The clips were then shown to a lawyer and a senior official from the Charity Commission, the regulatory body, who were featured making disapproving remarks. Previous bashings have been incurred by charities making unethical investments or breaking the rules on fundraising. The fashion changes. The targets are relatively soft.

But there’s one kind of bashing that doesn’t seem to go out of fashion, and that is senior pay in charities. The most recent outbreak began eighteen months ago when the Daily Telegraph, a frequent critic of the government’s pledge to spend 0.7 percent of Gross Domestic Product on overseas aid, studied senior pay in the 14 member charities of the Disasters Emergency Committee, which makes public appeals for events such as the Haiti earthquake and Typhoon Haiyan. It found that the number of executives in those charities who were paid more than £100,000 a year had increased from 19 to 30 in the previous three years, and that some of them earned more than the Prime Minister’s £142,000 (without, it should be added, also enjoying the chauffeur-driven limousines, grace-and-favor lodgings, bombproof pension, and so on.) William Shawcross, chair of the Charity Commission, chipped in. “Disproportionate salaries risk bringing organizations and the wider charitable world into disrepute,” he said.

Since then, there has been intermittent sniping from politicians and commentators of the right, whose definition of charity sometimes appears to be that it should only be voluntary and unpaid. Last month Charlie Elphicke, Conservative MP for Dover and Deal, told the Telegraph (still on the case) that he was concerned that top pay levels would further undermine trust in charities: “People won’t donate if they feel that charity pay is excessive. It’s important charity funds help the most vulnerable in our society. I am concerned that charity bosses still don’t get it.”

Elphicke was commenting on Third Sector’s list, published in February, of the 100 charities that pay their top executives most, based on a study of the accounts of the biggest 150 charities in the UK by income. One finding of the survey, highlighted by Third Sector, was that the median pay of the highest earners in general, household-name charities—including some members of the Disasters Emergency Committee, such as Oxfam and Christian Aid—had fallen by six percent in the two years since our previous survey. The Telegraph, by contrast, highlighted that the number of charities paying a senior executive more than £200,000 had increased from 30 to 32.

What the Telegraph neglected to point out, however, was that only four of those charities are organizations that would commonly be recognized as charities: Marie Stopes International, which provides family planning and sexual health services, Save the Children International, Cancer Research UK and the British Red Cross Society. The rest of that top grouping comprise private hospitals, grantmaking foundations, housing associations, schools, professional and trade bodies, and government agencies structured as charities.

So, do you hear Charlie Elphicke complaining about high salaries at the real high payers in this group, such as the Royal Opera House, Eton College, the Church Commissioners for England, or the General Medical Council? No, you don’t. There are six private schools and six private hospitals among the 32 paying above £200,000. The highest payer of all is the London Clinic, a fee-charging private hospital in London’s Harley Street, which pays its top person between £850,000 and £860,000 (charities are only obliged to publish senior salaries, anonymously, in bands of £10,000). The giant medical grantmaker, the Wellcome Trust, pays £590,00 to £600,000. Why do these organizations attract no flak from the commentariat?

The answer is likely to be a complex mix, starting with the fact that, as mentioned earlier, most people do not recognize such organizations as charities. If they did, and knew about the accompanying tax breaks, they might ask more questions. But another part of the answer is that senior pay often seems to be a proxy for other aspects of charities that the critics disapprove of—in particular, their fundraising and campaigning activities. Those critics, it seems, simply don’t disapprove of high pay in charities whose income derives neither from the public nor the public purse, but instead from vast endowments, other forms of philanthropy, or the sale of healthcare, education or Verdi to the well heeled.

In this respect, it’s worth mentioning that the most vicious political spat concerning charities recently was about a tweet by Oxfam linking government austerity measures with poverty. An irate Conservative MP reported it to the Charity Commission for allegedly breaking the rules on political activity by “acting as a mouthpiece for left-wing propaganda.” The commission deliberated carefully for six months before coming up with the masterly formulation that Oxfam “should have done more to avoid any misperception of political bias.” Fortunately for Oxfam, it is a relatively modest payer of salaries, did not feature among Third Sector’s top-paying 100, and was therefore spared the probability of yet another bashing. 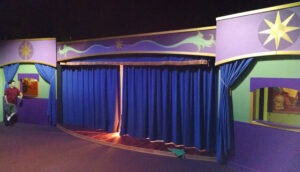