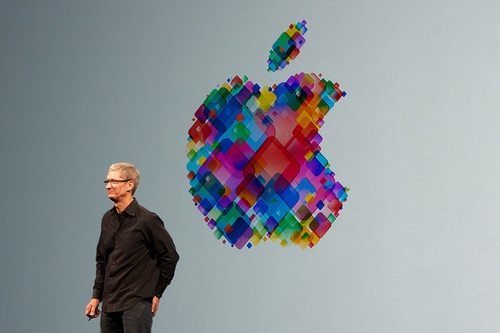 If you want some one-on-one time with Apple’s Tim Cook, you will pay dearly for it. (Don’t worry. The proceeds go to The RFK Center for Justice and Human Rights.) At 19 days to go, the high bid is $190K.

The auction is being run by Charitybuzz, which raises money for charity by offering these sorts of high-profile meet-ups. To date, 54 people have bid on the half-hour sit-down with Cook. (Does that count the time spent standing in line waiting for the lattes? Would you need to pick his up from the barista?)

None of the other bidding wars on the site have even approached the orbit of the Cook auction. Not music producer Kenny “Babyface” Edmonds, nor Robert DeNiro, nor any of the Real Housewives. Not Jillian Michaels, who would give you your own personalized training session, nor William Shatner, nor Erik Estrada, who would take you out for a walk.

But even Cook has a long way to go to compete with Warren Buffett who, in 2012, auctioned off a lunch for $3.5 million to benefit the Glide foundation. That auction apparently paid off for Ted Wechsler, who won in 2010 and 2011, paying a total of $5.3 million. Wechsler, a hedge fund manager, was later hired by Buffett to help manage Berkshire Hathaway’s investment portfolio, and when he was hired, a small spate of speculation started about his possible throne ascendancy prospects. This was not a Crowdtilt project.

According to Crowdtilt’s rules, “the winner cannot blog, social network, talk to press, write about, take pictures or record during the experience in any way due to security regulations.” (But what’s the fun in meeting your favorite celeb if you can’t annoy them with your camera phone?) Moreover, you are not supposed to spend the time being hateful. “We expect all winning bidders and their guests to conduct themselves appropriately when attending an experience won at Charitybuzz,” the auction warns. “Polite manners and respect for the generous donor and adherence to any rules or parameters are a must.”—Ruth McCambridge