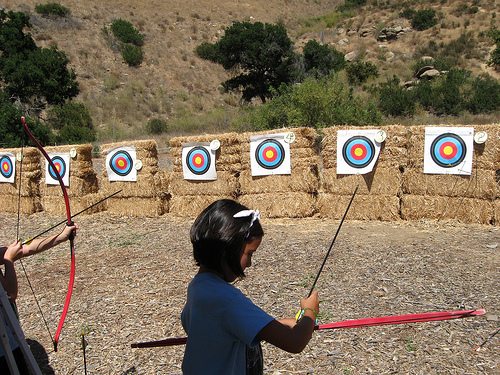 NPQ recommends that any reader interested in 1) what is going on with the Girl Scouts, and 2) what the unanticipated consequences of a forced merger of a federated network can be should read this excellent and nuanced article written for the Daily Beast by Alessandra Rafferty. Last year, NPQ did a number of stories on the dissent within the ranks of Girl Scout families focused on the selling off of their historic camps. There have been few issues we have ever written about that elicited so many impassioned comments.

As you may recall, since 2007, GSUSA has been consolidating their council structure—merging 312 local into 112 “high capacity” regional councils. (Since then, they have started to refer to the girls as “customers”). At that time, NPQ wondered aloud about the unintended consequences of the consolidation and suggested that one possible loss might be the alignment with and support of local families. Now much of the network is in conflict, with one of the flash points being the camps, which many of the new “high capacity” councils have been trying to sell off. This story in the Daily Beast says that more than 200 camps in 30 states have been put up for sale in the past five years, and that this constitutes more than a third of Girl Scouts properties.

Rationales for selling those properties seem to fall into two groups: the camps are a too-costly resource for too few girls, and the outdoor experience is not forward-thinking enough. Both rationales set the teeth of many constituents on edge because they do not believe the motivation has much to do with the girls. Alessandro Rafferty writes:

“That the 101-year-old organization reportedly has a woefully underfunded pension plan—currently down by $347 million—at the same time regional councils are trying to unload valuable land assets—has put the organization in the hot seat. While many pension funds took serious hits during the 2008 recession, critics, including one Tennessee council, contend that GSUSA made poor decisions, such as a massive realigning of councils and excessive buyouts, that exacerbated their loss.”

And in general, constituents charge that too much of the money made through cookie sales, etc., are being used for administrative costs. For instance, as cited here, “Girl Scouts of Eastern Iowa’s proposed 2013 budget, for example, shows $2,000 allocated to replace roofs most in need at camp properties, but nearly a quarter of a million dollars for upgrades at offices and program centers, including parking lot repaving and landscaping. Tax forms for 2010, the last year released, showed that out of the more than $6 million in revenue, $3.53 million went to staff and benefits.”

Lawsuits related to the selling of the camps are pending in Alaska, Ohio, Iowa, and Alabama. Last year, plaintiffs in Indiana won a case against the council.

GSUSA insists that there is “no master plan” to sell the camps, but a memo dated May 24, 2013, from then-CFO Florence Casilles to GSUSA council CEOs indicates that “GSUSA was actively considering the sale and leaseback of council properties to fund the pension plan as well as donations of property to the plan, and the ‘identification of a national real estate broker to assist councils in selling property with use of funds to contribute to the plan.’” Despite being called a “potentially good service” in the same memo, the national agent idea was “not deemed to be a good strategy for funding pension because of the likely perception in the community of the use of property to fund non-girl related programs.”—Ruth McCambridge