Are Nonprofits the Future of Work? Rifkin’s New Book Promotes a Redistributive Economy 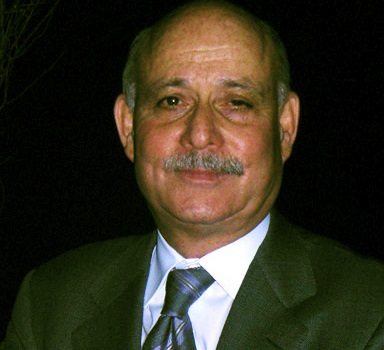 The old clichés come to mind when reading this review of Jeremy Rifkin’s new book: “Be careful of what you wish for,” and “We were victims of our own success.”

Is it possible that the Industrial Revolution, the roots of which go back 250 years, has finally accomplished what it set out to do—free humans from the drudgery of working to survive? And, if it has, now what? Rifkin’s controversial prognostications are legendary and emerge in a new book.

Rifkin’s new book, The Zero Marginal Cost Society: The Internet of Things, the Collaborative Commons, and the Eclipse of Capitalism (Palgrave MacMillan, 2014), gets the once-over from Theodore Kinni, book editor at strategy+business. He calls it “the futurist’s most comprehensive inquiry into business and work yet, and it is built on a thesis that we’ve heard before: capitalism is tottering and will not last out this century, a victim of ‘the dramatic success of the very operating assumptions that govern it.’”

In the book, Rifkin writes that capitalism’s downfall is inevitable because of its ceaseless quest for productivity and the growing power of digital technology. These two factors drive down the cost of production to near zero, which squeezes profits to an intolerably low level. This includes the cost of human labor, and Rifkin explains that digitization is replacing jobs, resulting in a situation that economists once assumed could not happen: productivity rises, but employment falls.

So how do people survive without jobs? In The Zero Marginal Cost Society, Rifkin is optimistic. He tells Kinni that the nonprofit sector has grown even faster than he had envisioned, pointing out that between 2000 and 2010, nonprofit revenues in the U.S. grew by 41 percent, more than double the growth in GDP:

“The nonprofit community is also the fastest-growing employment sector, outstripping both the government and private sectors in many countries…and in many of the most advanced industrial countries—including the United States, the United Kingdom, and Canada—employment in this sector now exceeds 10 percent of the workforce, and its trajectory has been rising year over year since 1995. The nonprofit community is the fastest-growing employment sector in many countries.”

Then Rifkin points to the creation of social enterprises, 35 percent of them nonprofits, which has recently increased dramatically thanks to a new generation of entrepreneurs. He points to “several hundred thousand social enterprises in the United States that employ over 10 million people and that have revenues of $500 billion per year. These enterprises represented approximately 3.5 percent of the nation’s GDP in 2012.”

Finally, Rifkin talks about the Internet of Things (IoT):

“What makes the social commons more relevant today than at any other time in its long history is that we are now erecting a high-tech global technology platform—the IoT—whose defining characteristics could support and nurture it.”

Rifkin tells Kinni that the IoT facilitates collaboration and synergies, making it an ideal technological framework for advancing the social economy: It optimizes lateral peer production, universal access, and inclusion, and its purpose is to encourage a sharing culture. He believes that the IoT will “bring the social commons out of the shadows, giving it a high-tech platform to become the dominant economic paradigm of the 21st century.”

Rifkin’s views are encouraging and inspiring as the world climbs out of the Great Recession, but he leaves out an important piece: the role of public policy. Political leaders and governments must provide a hospitable environment for nonprofit social entrepreneurialism to flourish, and that requires the political will to challenge entrenched power and financial elites, change current economic systems, and adopt new ones.

That means making a more fundamental—and very difficult—choice, based on the reality that the new world economic order Rifkin envisions requires an evolution into a different economic system, one that redistributes resources, and therefore income, and which limits the ability of a few fortunate individuals to accumulate vast amounts of wealth and economic control. Does society have the intestinal fortitude to make that choice?

If we don’t go that route, we are likely to continue in the direction we see today: growing income inequality, where a small educated and elite sector of society continues to consolidate control and reap great benefits and wealth while the rest of us continue to stagnate, and even lose ground, as we confront the shrinking pie. Talk about a permanent underclass will mean much more than just the very poor.—Larry Kaplan