Are Persons with Disabilities Exploited by Sheltered Workshops? 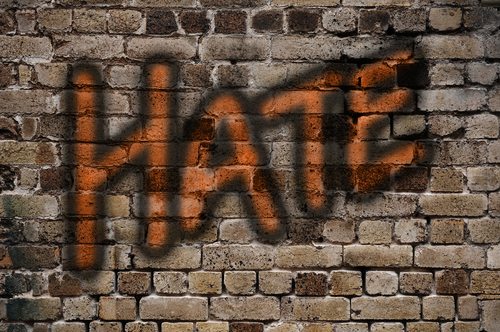 Seated in the audience at the U.S. Attorney’s press conference in Providence were four men who had spent most of their adult working lives employed in sheltered workshops, earning probably about one-third of the minimum wage for the generally menial work that so many people think the developmentally disabled are destined to do. Except in this case, the four men have now been placed in jobs where despite their disabilities, they earn the minimum wage. One of them, a man named Peter, was particularly proud, having just gotten his driver’s license and then, on the day of the presser, his first parking ticket downtown.

Typically, Peter and his companions would have been segregated away from the community at large and placed in a sheltered workshop for disabled Rhode Islanders. But this press conference was to announce a consent agreement between the state and federal governments that, according to U.S. Assistant Attorney General Jocelyn Samuels, would “bring people with disabilities out of segregated work settings and into typical jobs in the community at a competitive pay.” Peter and the others were there as celebrants in a civil rights milestone in their lives.

“The plan aims to gradually move the intellectually and developmentally disabled from meaningless tasks—unwrapping bars of soap and capping lotion bottles for $2.21 an hour—to jobs matched with their interests and abilities, even for the profoundly disabled,” write Linda Borg and Karen Lee Ziner for the Providence Journal. “It seeks to move these citizens away from coloring and watching television at institutional-like day programs, to the kinds of activities that the average person enjoys, such as going to a museum or working out at the gym.”

The Department of Justice had investigated Rhode Island’s segregated workshop system that, DOJ found, had “violated the civil rights of [3,250] Rhode Islanders with disabilities by shunting them to restrictive settings.” The investigation had begun in 2013 with a review of the civil rights of disabled students at the Harold E. Birch Vocational School in Providence and at a sheltered workshop, Training Through Placement Inc. in North Providence. The consent agreement plan calls for 2,000 people to get jobs in the community with competitive wages over the next 10 years.

Orquideo DePina used to be one of the sheltered, sub-minimum-wage workers who employed by Training Through Placement. At TTP, one of DePina’s supervisors told him, “You’re never going to get a job out there.” Now a beneficiary of the settlement, DePina goes to work every day at Progress Automotive, where his job responsibilities include changing oil and rotating tires. His boss at the auto shop, Greg Murphy, says there is “no question that Q should be working in the community” rather than a sheltered workshop. “He is a great employee and has continued to grow every single day.”

So put Rhode Island down on the side of states that are beginning, whether voluntarily or not, to rid themselves of the retrograde practice of sheltered workshops. But what about other states? A class action lawsuit against Oregon’s sheltered workshop filed in 2012 was joined by the U.S. Department of Justice in 2013. Oregon and other states are likely to follow Rhode Island in ridding themselves of this practice, but it will take more than just calling for a move of persons with disabilities out of sheltered workshops into jobs in the community. The Rhode Island settlement calls for the state to put money toward helping sheltered workshops transform themselves from segregated work settings paying their disabled employees next to nothing into agencies that function to place disabled persons like DePina into jobs that pay at least the minimum wage.

One of the workers whose employment situation improved in Rhode Island is 50-year-old Steven Porcelli. For 30 years, he worked at Training Through Placement in a sheltered workshop for $2 an hour—assembling jewelry, putting medical supplies in boxes, and packing grated cheese and stuffed peppers for an Italian food company. “I did want another job, because that’s what it was supposed to be: training through placement,” Porcelli said about his sheltered workshop experience. “I was doing piecework most of the time, which I didn’t like too much.” Now he is doing office work at a small business in Warwick, Rhode Island, where he is paid $8 an hour.

DePina and Porcelli have moved on to real jobs rather than suffer the continued exploitation of sheltered workshops, which for the most part may be in violation of provisions of the Americans with Disabilities Act. But there are about 450,000 persons with disabilities who currently work in sheltered workshops. Porcelli’s reaction to the news that he is making four times as much at Automated Business Solutions as he did at Training Through Placement was “tell me about it.” His former companions in sheltered workshops might react similarly if they were freed from their segregated sheltered workshop lives.—Rick Cohen