Are There Too Many Nonprofits in Milwaukee? 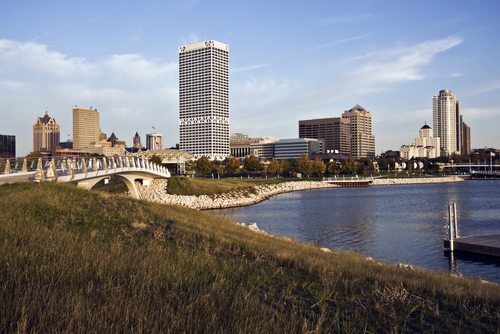 For many years now, there has been a raging debate about whether or not there are too many nonprofit organizations and if we should continue to support new ones as they are created. Now, a study by the Public Policy Forum has begun to put some statistics and analysis in the argument for at least one city: Milwaukee. Overall, the study says that the sector has been growing at a very robust pace and remains quite healthy, but it offers some concerns about the future if the trend towards smaller organizations leads to capacity issues down the line.

The Public Policy Forum, with a mission to inform policy-making with independent, nonpartisan research on social issues, released its report, called “Give and you will receive,” last week. The study specifically looks at revenue trends and charitable giving in the nonprofit sector in Milwaukee. The data may appear to be a little out of date, looking at the years 1989 to 2011, but this is the last year for which a full data set is available. A lot of very valuable and interesting information is contained in the study, and it represents a model for other communities to begin to inform the debate about the nonprofit sector and the proliferation of nonprofit organizations. Here are a few key findings:

The report correctly identifies the value of the sector, stating quite clearly that nonprofits are not some minor category of organization we can ignore. Instead, the report argues, as government funding is increasingly challenged, it would behoove the community to pay attention to revenue trends and the health of the nonprofit sector, which will be increasingly vital in providing core services for people in need, and to enhance the quality of life overall. So the fact that the sector appears strong at this time is good news.

You would not know this from the article in the Milwaukee Journal Sentinel, however, which this writer saw as a shockingly poor account of what the Forum is saying. The headline reads, “Rising ranks of nonprofits bring diminishing returns,” and it goes on from there without a single reference to the Forum’s analysis of the current overall health of the sector. Instead, the newspaper article offers a litany of issues, like reduced services, lack of capacity, and the erosion of the sector’s infrastructure.

To be sure, the Forum’s report does make some very valid points in identifying what the writers fear could be the results of trends they see. The diminishing annual budget sizes, to them, indicate that organizations could potentially have diminishing capacity to provide services. Their argument is that if this trend continues, there may not be organizations of a size and scope to perform the services the government will need to contract for. This analysis and prediction openly assumes that smaller organizations cannot provide the services in as cost-effective a fashion as nonprofits with greater scale and capacity. It does not, however, look at whether or not smaller organizations are providing better quality service and, if so, whether we should change our thinking and instead find methodologies to distribute the available funds efficiently among those smaller organizations.

One recommendation the study makes is for nonprofits of smaller scale to look at collaboration and partnership. The report correctly points out that this is not as easy as it sounds in a time of increasing competition for dollars. It is hard to collaborate when you spend most of your time trying to prove why you should get the money and not that other organization.

Towards the end of the Executive Summary of the Forum’s report, a statement neatly captures the tone of the findings:

“Overall, Greater Milwaukee has a growing, robust nonprofit sector supported by a donor base willing to fund its endeavors. Nevertheless, our research also uncovers questions about diminishing nonprofit capacity and the long-run viability of larger programs as a result of shrinking per-organization revenue.”

The information in the report is very interesting, well beyond what has been captured here. The questions asked are good ones and posed with a tone of respect for all parties involved in decision-making and service provision. Hopefully, it will spark and inform a debate within and about the nonprofit sector, its role, and how it should be supported. These are questions every community should be asking.—Rob Meiksins

More about: community organizingNetworksOrganizational culture and its drivers