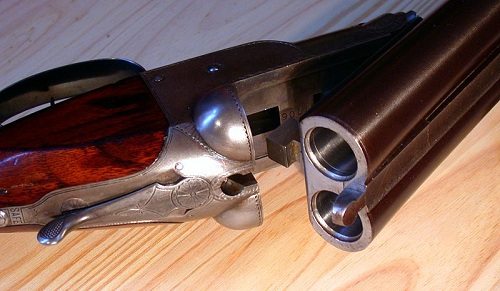 In the wake of a year that included several gun massacres, including the one at Sandy Hook Elementary School in Newtown, Conn., many anti-gun violence groups have stepped up to speak out against lax firearms regulations. But one nonprofit group is taking a wildly different stance on the issue: the Armed Citizen Project (ACP) wants to hand out free shotguns.

The organization’s efforts come as part of their national campaign to deter crime by “empowering neighborhoods,” including those in such cities as Houston, Dallas, Indianapolis, Chicago, Detroit, New York, and – most controversially – Tucson, where the memory of the 2011 shooting rampage that critically wounded then-Rep. Gabrielle Giffords is still quite raw.

On its website, the Armed Citizen Project describes itself as “a nonprofit organization that is dedicated to training and arming residents in mid-high crime areas with defensive shotguns, for free! In training and arming law-abiding residents, we are saturating neighborhoods with defensive weapons, and measuring the effect that a heavily armed society has on crime rates.”

According to the Associated Press, ACP founder Kyle Coplen, a 29-year-old University of Houston graduate, says, “It is our hypothesis that criminals have no desire to die in your hallway. We want to use that fear.” So far, the ACP’s efforts in Arizona have raised $12,500 and Tucson’s ACP organizer, Shaun McClusky, has announced his intention to start distributing guns by May. The dissonance between ACP’s mission of promoting safety while also handing out instruments of death is a jarring one to gun control advocates. But will it signify a trend?

“All this is happening because it’s a pushback,” he said. “If others weren’t screaming for more control you wouldn’t see all the sales for guns and ammunition.”

This raises many questions (not to mention eyebrows). Despite Gottlieb’s perception that American leaders are “screaming for more control,” as Pablo Eisenberg noted for NPQ yesterday, Obama has delivered tough talk but little substance on gun control. What impact, if any, do you see a group like the Armed Citizen Project having on our nation’s gun violence debate? –Shaula Clark