The fourth-floor bathroom at the Guggenheim saw its standard white toilet cozied up a bit last weekend for around two hours with a lovely rough gold crochet. The intervention was a spiritually consistent revisit to Maurizio Cattelan’s gold toilet (“America,” 2016) which had been displayed and offered for use in the same location. This more recent work remained unsigned and was removed within two hours.

“We can confirm an intervention of a crocheted piece that covered a toilet on the museum’s Ramp 4,” a spokesperson for the Guggenheim told Hyperallergic.

The intervention came to the attention of security personnel near the end of our Pay-What-You-Wish hours on Saturday evening and was carefully removed and sent to the registrar’s office. There was no damage, and nothing was vandalized. The Guggenheim does not encourage unauthorized interventions; however, we are heartened that a visitor was so inspired by the Cattelan installation that they were moved to create one of their own.

Readers may know that the original gold toilet was removed from display in September of this year but was offered to the Trumps by Nancy Spector, a curator, as a replacement for the requested lend of a Van Gogh for display in the White House. The interactive (usable) installation was intended as a statement about conspicuous wealth. “100% for the 99%,” as the artist described it.

The artist “would like to offer it to the White House for a long-term loan,” wrote Spector, who is reportedly not herself a Trump fan. “It is, of course, extremely valuable and somewhat fragile, but we would provide all the instructions for its installation and care.” Cattelan added later, when asked about the offer, “What’s the point of our life? Everything seems absurd until we die and then it makes sense.”

“More than one hundred thousand people” had “waited patiently in line for the opportunity to commune with art and with nature,” Spector wrote in a blog post about Cattelan’s original installation, but the yarn artist remains anonymous, and there are no reports about how many museum patrons may have made use of that second installment before it was removed.—Ruth McCambridge 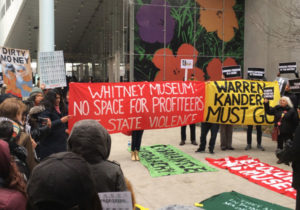 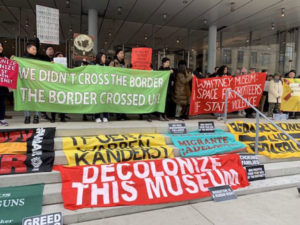 No Space for War Profiteers at the Museum: Protestors Confront Whitney Visitors with Freedom Songs 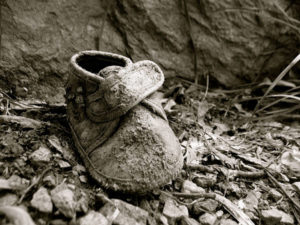 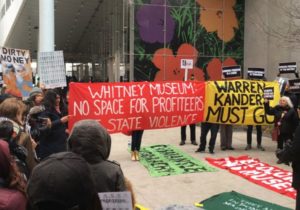 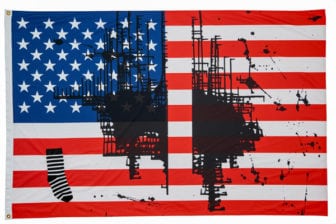 What to Do When Provocative Art…You Know, Provokes? 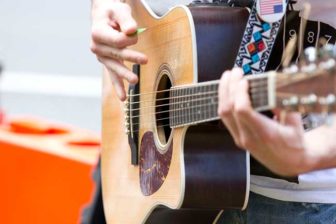 This Song Won’t Win a Grammy, But May Help Stop a Freeway Project 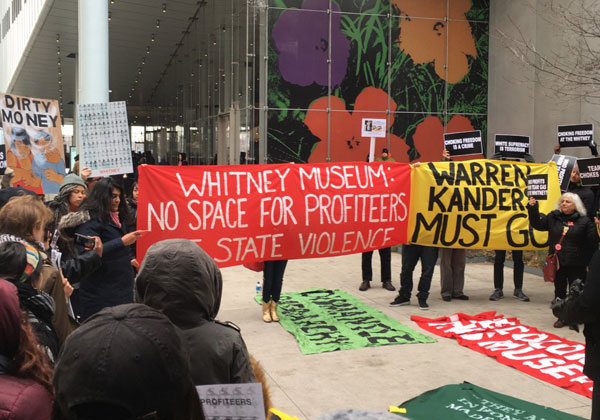 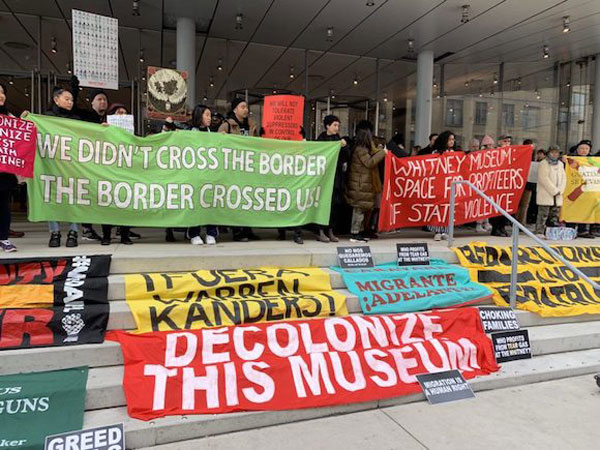 No Space for War Profiteers at the Museum: Protestors... 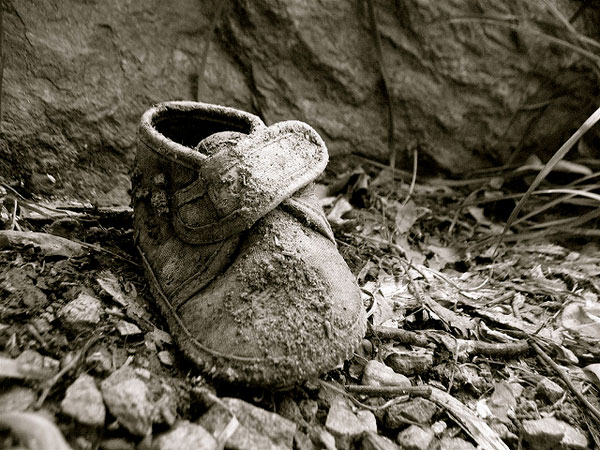