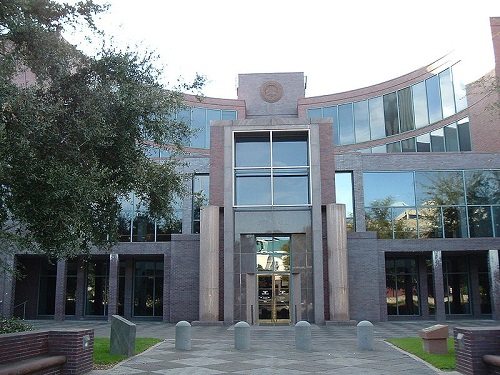 For staff and supporters of the Southside Arts Complex in Tallahassee, this Friday will bring more than just the start of the weekend, but also the possibility of a new phase for this struggling three-year-old nonprofit. According to the Tallahassee Democrat, the organization owes $50,000 in back rent on its 25,000-square-foot site, which the board is hoping to raise at least in part from a $100-a-person reception for donors that’s also scheduled for Friday.

As with many nonprofits, “place” is of particular importance to Southside Arts Complex, which was established specifically to bring arts programming to Tallahassee’s culturally underserved Southside, which limits the options that the organization has as it looks to the future.

Recounting the steps he took to establish the organization back in March 2011, founder and director Marcus Rhodes told the Democrat that, in retrospect, he should have had more startup money available and a board in place before opening. As a governing body with a track record of only a month, the organization’s new nine-member board apparently came up with the idea of Friday’s fundraiser, and at least some members of the group are confident that Southside will make its goal.  Randall Webster, a board member and fiscal analyst for Florida’s Agency for Persons With Disabilities, told the Democrat, “The timeframe is intimidating to me but we have things planned to keep things stabilized.” He added, “We’ll get there.”

Southside’s location inside a shopping center seems to be both a challenge and an opportunity for the organization. With 25,000 square feet available for use, the organization has had success raising income from site rentals for community activities and private events, the two largest revenue streams in the organization’s 2013 budget according to analysis by the Democrat. The challenge is that Southside is dealing with a commercial real estate broker for the space, who has been negotiating with the organization for the “last couple of years” but still could undoubtedly make more money by renting the space to a for-profit business.

Reached by phone, founder and executive director Marcus Rhodes acknowledged that “in the nonprofit world there are no guarantees,” but noted that he’s already gotten “several pledges from people who don’t want this project to end.” As a result, Rhodes said that he now has “some optimism” about what will happen on Friday. Rhodes added that through support from new partnerships with local universities, state agencies, and the city’s school district, Southside’s program “can sustain itself,” but the looming problem of the rent bill remains. Asked about the possibility of moving, Rhodes said that he and his colleagues are considering it as an option if the management will no longer work with them, but added that it wouldn’t be an ideal solution. “We’ve created a new sense of place here on the Southside,” he said.—Anne Eigeman