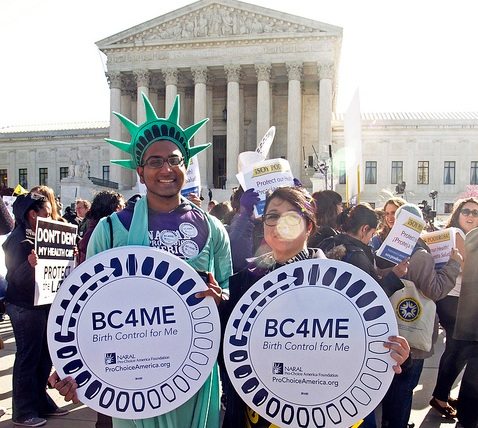 This week, the Urban Institute issued a short but helpful brief on the “individual mandate,” the provision of the Affordable Care Act (ACA) that was debated in the Supreme Court yesterday. In acknowledging the political firestorm around the health care law—which has also been referred to as “Obamacare” and, in the case of Massachusetts, where a similar law is already in place, “Romneycare”—the Urban Institute authors first remind us that the ACA’s “individual mandate” would not impact most Americans. In fact, the authors estimate that the ACA would require only 6 percent of the population to either pay a fine or to purchase health insurance that they don’t currently have, and state that only two percent of the population would need to buy coverage or pay a fine without being offered financial assistance.

The benefit of this mandate, the Institute’s brief notes, would be “lower premiums and more stable insurance markets than would be the case without it,” concluding that nongroup market premiums would be “10 to 20 percent higher on average without the individual coverage requirement.” The Urban Institute analysis clearly supports the Affordable Care Act as sound public policy for U.S. health insurance buyers, but the question that the U.S. Supreme Court is now tackling is whether or not the individual mandate is constitutional. That decision may come down to whether the Court’s justices see health insurance as a “special case” or as a consumer product like any other.

Arguing against the ACA’s individual mandate before the Court, former Solicitor General Paul Clement has argued that the law rests on the government’s “power to compel individuals to engage in commerce” and concludes that “This asserted power does not exist.” Arguing for the constitutionality of the ACA’s individual mandate, Walter Dellinger, another former solicitor general, told NPR’s Supreme Court correspondent Nina Totenberg that health insurance is unique from other kinds of commerce, saying, “Look, if I don’t buy a flat-screen television, and my team is playing for the national championship, I don’t get to run into Best Buy and say, ‘You gotta give me a flat-screen television.’ But I do get to go to a hospital when I’m sick and have people provide me with services.”

It remains to be seen which solicitor general’s key point the majority of the Court finds most convincing in this case. Will the Urban Institute’s analysis of how few Americans would be impacted by the individual mandate for the greater good of generally lower health insurance premiums enter into the justices’ deliberations? Our guess is probably not. Nonetheless, it is useful information that reminds us that this highly politicized, controversial provision within the ACA would in fact be of significant benefit to the vast majority of Americans. Kind of makes you wonder how this provision became so controversial outside of constitutional law circles in the first place. What’s that you say? It’s an election year? –Mike Keefe-Feldman